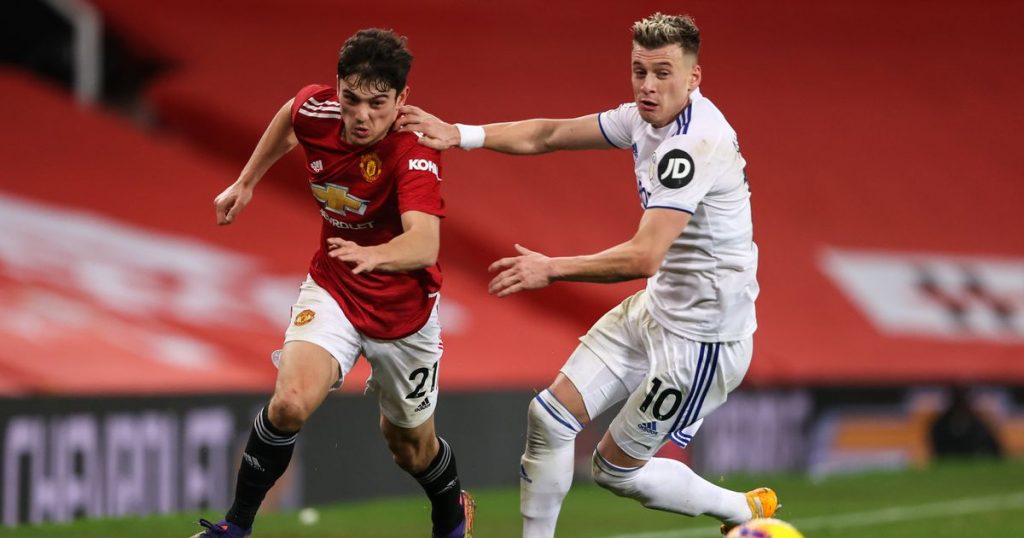 Leeds United head into the final day of the transfer window on the lookout for potential late additions to the Marcelo Bielsa’s squad.

The Whites bench against Burnley was a worrying sight for Leeds fans with a number of first team players missing.

Leeds CEO Angus Kinnear said that the Whites would only add to their squad this summer if it improves the squad and that head coach Bielsa was happy with the additions made to the squad so far, but that hasn’t stopped transfer speculation heating up.

Here are some of the transfer rumours surrounding Leeds ahead of what will be a busy deadline day.

The Whites are in ‘advanced talks’ with Manchester United winger Daniel James, according to reports.

Sky Sports claims both sides are keen on a deal being done, with the Athletic claiming a £25million deal with add-ons has been agreed between the two clubs.

Leeds have had a long standing interest in the 23-year-old after a deal for the Wales international fell through in 2019.

James opted to make the move to Old Trafford the following summer but Leeds have reignited their interest in the midfielder.

The arrival of Cristiano Ronaldo is set to make James’ game-time hard to come by, despite his prominent role at the start of this season.

Motherwell, Oldham and Barrow are the three clubs interested in a permanent move for Leeds youngster Robbie Gotts according to reports.

A source has told Football Insider, that those three clubs are trying to get a deal done for the Whites academy graduate prior to the deadline.

They claim Marcelo Bielsa has given the green light for Gotts to leave Elland Road this summer.

He’s one of three Leeds players – the others being Adam Forshaw and youngster Jordan Stevens – whose contracts are set to expire next July.

Gotts spent the first half of last season on loan with Lincon City, scoring twice and registering two assists in 12 appearances before spending the second half of the season on loan at Salford City.

Puig has not featured in any of Barcelona’s three league matches so far this season, and has seen 17-year-old Gavi and 19-year-old Nico Gonzalez seemingly skip the queue ahead of him in the midfield pecking order.

A potential move for Puig seems unlikely given Angus Kinnear’s admission that the club are happy with their business so far, but Barcelona are still keen on balancing their books.

The Whites may not have the finances to do the deal but given the short time remaining prior to the deadline, Barcelona could be tempted into selling Puig for a cut price fee.