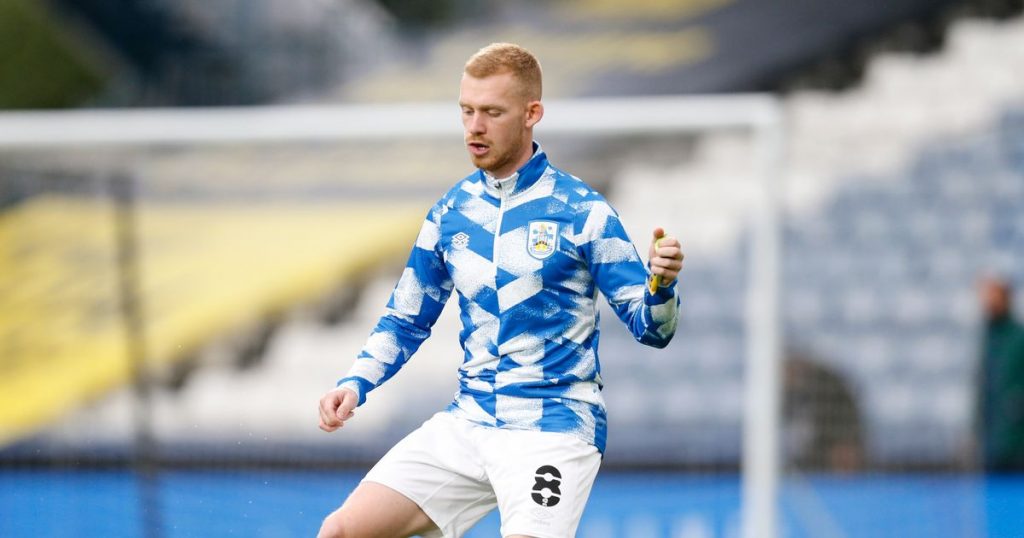 Leeds United continue to be linked with a new midfielder in the summer transfer window following their dismal opening-day defeat to Manchester United.

Kalvin Phillips absence from the starting eleven as a result of his staggered return from Euro 2020 has highlighted the need for reinforcements after Robin Koch’s struggles at Old Trafford.

Marcelo Bielsa is also reportedly scouring the market for another winger to provide competition for both Jack Harrison and Raphinha.

The Whites will have to move swiftly if they are to bring any more players in with just two weeks before the closure of the transfer window. Leeds United have reportedly agreed a £7million fee with Huddersfield Town for the services of Lewis O’Brien.

The Whites have been heavily linked with a move for the 22-year-old in recent weeks, with the Terriers confirming they have rejected two bids for his services this summer.

Whilst Leeds weren’t name-checked on either offer, The Telegraph report that a £7million fee has been agreed between the two clubs.

O’Brien has one year left on his contract with the club holding the option to extend that by a further year.

Leeds United have been handed a boost in their quest to retain Patrick Bamford’s services.

According to a recent report from the Telegraph, Tottenham Hotspur has put the English forward on their radar this summer, with Bamford having less than 12 months remaining on his contract in Yorkshire.

However, according to a fresh report from the Mirror, Bamford has ‘intimated he is happy to remain at Leeds’ and the club are hopeful he will sign a new long-term contract in the near future.

With the summer transfer window in its final two weeks, former Leeds United number one Paul Robinson has given his thoughts on the business he believes Victor Orta should complete before the deadline.

“I’m surprised at the lack of activity so far,” Robinson told Gambling.com. “I think they’ll bolster in the goalkeeping area. I know they’ve brought a young goalkeeper in to support (Illan) Meslier but I don’t think they’ve got the experienced and reliable number two as yet.

“I think they have to get another midfielder in. They really struggled last year when Kalvin Phillips was missing. I think they could do with a central midfielder but one who can also do Phillips’ role when he can’t play.

“I think they need another option up front other than (Patrick) Bamford. I don’t think Leeds are far away, but I would like to see them make two or three more signings before the end of the window.”