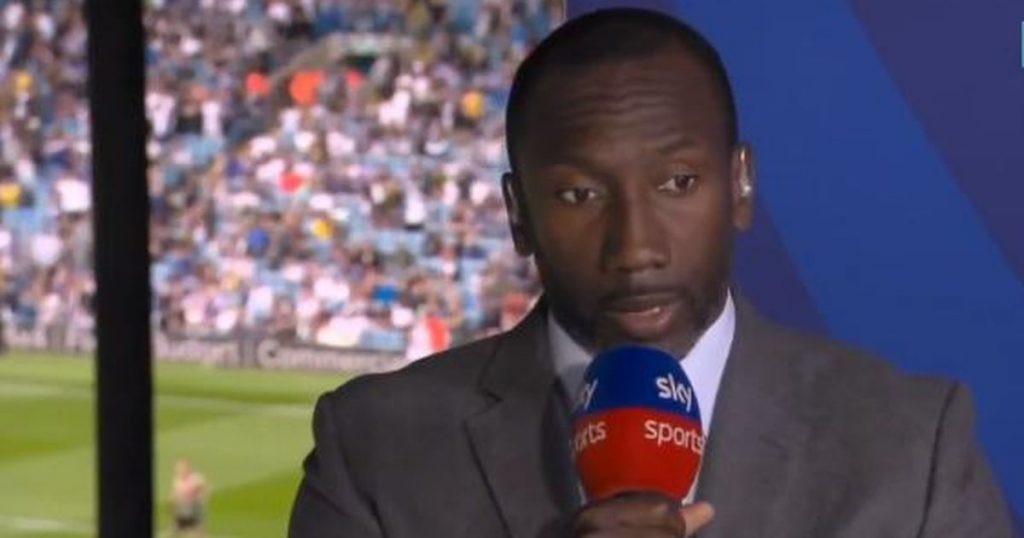 Jimmy Floyd Hasselbaink has suggested Leeds United will struggle to keep hold of Kalvin Phillips unless they continue to grow as a club.

The Whites midfielder has blossomed into a first-choice selection for England and his impressive Premier League performances have also added to a burgeoning reputation.

Phillips signed a five-year contract with Leeds in 2019, which takes him up to 2024. His performance during the European Championships attracted reported interest.

Hasselbaink fears that if Leeds don’t continue to progress up the Premier League table, they risk losing their star asset.

“He is magnificent, he can tackle, he can pass, he can head the ball and run forward with the ball,” Hasselbaink told Sky Sports.

“It’s going to be hard for Leeds to keep him this season, Leeds need to keep on kicking on and grow as a club to keep him here.”

Amid speculation over Phillips’ future in the summer, his agent, Kevin Sharp, reiterated that the midfielder has no intention of leaving his boyhood club.

Sharp told i: “Before Kalvin signed his last contract, we had good interest so we sat down and explored all the pros and cons.

“His desire was never to leave, it was to be rewarded and stay and play for the team he supported as a kid.

“Within the contract he signed in September 2019, we included provisions within it for if Leeds reached the Premier League, so it’s all set up for the top flight.

“We knew it was a bit of a gamble, but we knew Leeds would get there under [Marcelo] Bielsa and obviously they did.

“There may be clubs who are actually looking at Kalvin now because the more successful you are – playing for England in big tournaments – naturally breeds interest.

“But Kalvin is happy at Leeds and has no desire to move whatsoever. It’s more a case of ‘carry on what you’re doing for club and country’.”