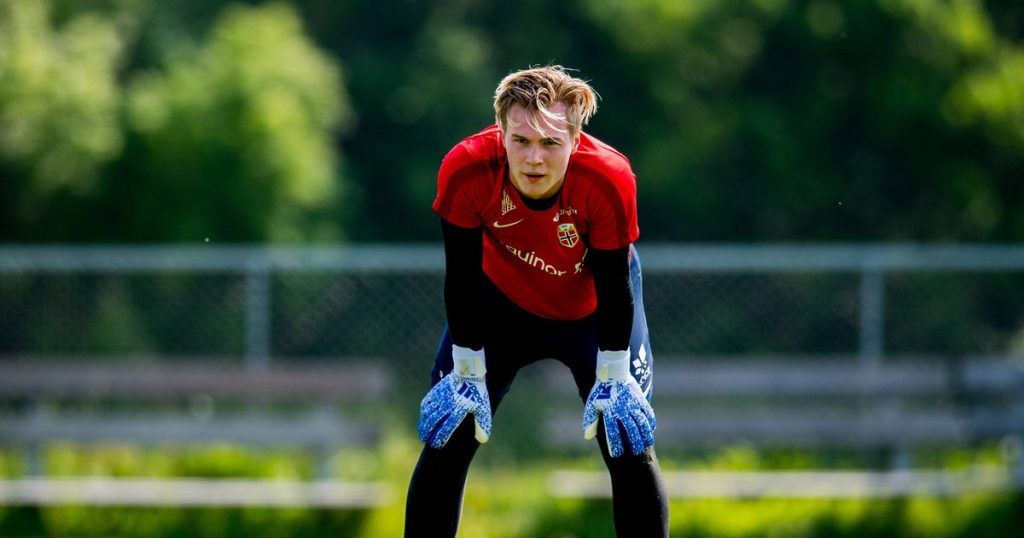 Following Kiko Casilla’s departure on a season-long loan to Elche earlier this month, Leeds wasted little time in lining up a replacement.

From the outset, the latter has been Leeds United’s primary target.

Woodman is expected to leave Newcastle United in search of first-team football, something Leeds cannot offer, while talk of replacing Casilla has gone quiet on the Cardenas front.

Consequently, Klaesson has remained firmly at the front of the queue, an assertion which was only strengthened by reports that Victor Orta had flown to Oslo in order to negotiate terms with Valerenga and the player.

Given Leeds’ intention to press on with this signing, talks are presumed to have been positive between the Whites’ Director of Football and the Norwegian club.

The Athletic reported on Friday morning Leeds intend to fly Klaesson over for a medical in order to finalise a deal.

There have been some nervous murmurings, however, suggesting Klaesson may not be eligible for a work permit required to play in the United Kingdom.

Following the UK’s exit from the European Union, players from abroad are now subject to work permit applications, requiring them to accrue 15 points – or an Auto Pass – in the new GBE (Governing Body Endorsement) system.

Players must meet the 15-point threshold to be issued with a work permit, however those accruing between 10 and 14 points are allowed to lodge an appeal with the Exceptions Panel.

Here is a breakdown of each of these sections and how they are relevant to Leeds’ Klaesson deal:

Players featuring regularly for their countries are automatically given an ‘Auto Pass’, granting them a work permit/GBE to play in the UK.

Players representing nations listed higher in the FIFA World Rankings are more likely to benefit from an Auto Pass even if they have not featured in a large proportion of their country’s games over the past 12 months.

In Klaesson’s case, he is not yet a senior international but was called up to the Norwegian national team squad earlier this year, before having to withdraw due to COVID-19 cases.

This could be an important factor in Leeds’ bid to sign the player, given these extenuating circumstances potentially prevented Klaesson from gaining international experience which in turn would have earned him additional points.

There has also been rumour that Klaesson’s youth international appearances for Norway’s U-21 side will earn him the required points to meet the appeals threshold.

Leagues are separated into different Bands, with more prestigious competitions earning players more points if they have played a large proportion of their team’s minutes.

While the likes of LaLiga, Bundesliga, Serie A and Ligue 1 are all Band 1, Norway’s Eliteserien is Band 5.

This means a player like Klaesson, who has featured in over 90% of Valerenga’s league minutes over the past 12 months (known as the Reference Period), earns four points towards a GBE/work permit.

By contrast, a player playing as regularly in a Band 1 league would earn 12 points.

The same principle is in place for continental minutes, which separates different continental competitions – such as the UEFA Champions League and Europa League – into different Bands.

The aforementioned competitions are both Band 1, however over the past 12 months, Valerenga have not participated in European competition proper, only qualifiers.

This means Klaesson is not eligible to pick up any points in this area.

One of the more straightforward areas of the criteria, is Final League Position.

This awards players points based on their Last Club’s league position.

In Klaesson’s case, Valerenga finished third in the Eliteserien last season, but due to the division being a Band 5 league, only winning the title or qualifying for the Champions League/Europa League Group Stage would allow Klaesson to accrue points.

This area awards players points based on their team’s progression in continental competition. The further a team gets in Europe, for example, the more points their players will earn towards a work permit.

Because Valerenga have not participated in European competition over the past 12 months – except for a 4-0 defeat in UEFA Europa Conference League qualifying earlier this week – it is highly unlikely Klaesson will earn points from this section of the GBE criteria.

This brings us to the final area of the criteria.

As previously mentioned, Norway’s top flight is a Band 5 league, meaning Klaesson earns another four points, according to this section.

Norwegian outlet Nettavisen claim Leeds will need to submit an appeal to the Exceptions Panel due to Klaesson not quite hitting the threshold, ahead of his £1.6 million move.

Paragraph 24 in the FA’s work permit legislation outlines how Leeds United are likely able to secure Klaesson’s signature, via the Exceptions Panel.

“24. The Club may request that an Exceptions Panel consider the application if:

– A.) a Player achieves between 10 and 14 points in accordance with paragraphs 31-44 and the Club can evidence that exceptional circumstances prevented the Player from achieving 15 points; or

– B.) If the Player is a Youth Player, the Club can evidence that the Youth Player shows significant potential and is of sufficient quality to enhance the development of the game in England.”

Because Klaesson was born after January 1, 2000, he qualifies as a ‘Youth Player’.

Furthermore, Paragraph 50 states: “The Exceptions Panel shall only recommend to The FA that a GBE be granted if it is satisfied that either:

– B.) The Youth Player shows significant potential and is of sufficient quality to enhance the development of the game in England and justify the Exceptions Panel recommending that a GBE be awarded.”

These are likely to be the areas in which Leeds’ hopes of signing Klaesson will hinge upon.

The club’s continued pursuit of the player suggests there is a reasonable degree of confidence the deal is one which should be completed without too many issues.

Klaesson’s enforced withdrawal from Norway’s senior squad in March means Leeds can appeal on the grounds of Section 50A, while his status as a ‘Youth Player’ means they can also appeal using Section 50B.

It must be said, the appeals panel merely advise the FA whether they should award a work permit, and there is no obligation to do so.

The appeals panel’s final decision will be made based on a simple majority verdict.