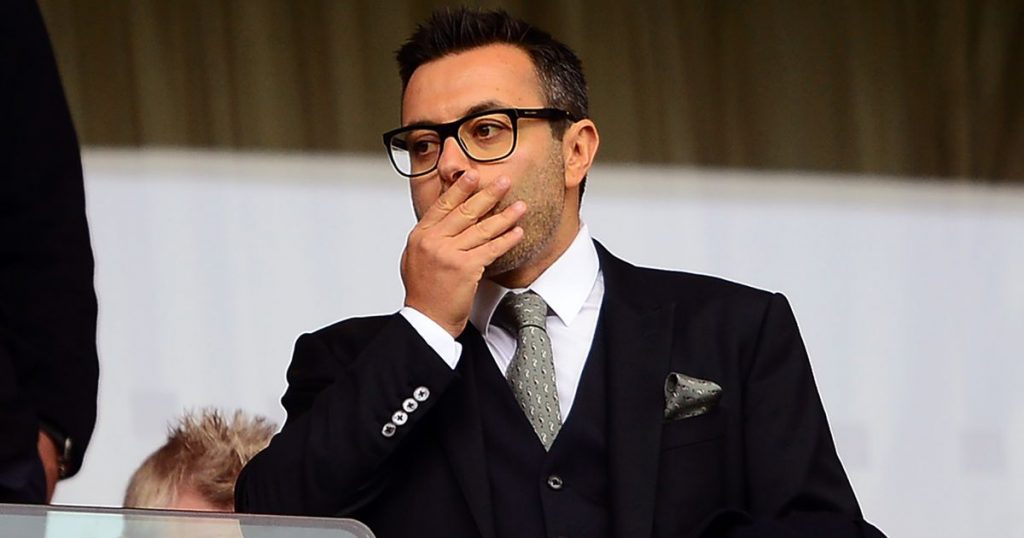 Leeds United owner Andrea Radrizzani has been warned of a reduction in capacity by financial football expert Kieran Maguire ahead of the first full capacity crowd at Elland Road in 18 months after an ‘out of control’ situation with ticket resellers.

It will be the first time United fans have seen Premier League football since their 3-3 draw with Charlton in 2004 on the penultimate day of the season as they were subsequently relegated.

The warning comes a week after the Italian majority owner tweeted in response to third-party illegal resellers touting tickets for their first home game of the season against Everton.

“Its very disappointing to see this situation. This is not fair and I am working with the club management to tackle and stop these illegal activities,” the 46-year-old tweeted.

Maguire highlights that any potential issue will be thrust under the microscope with the UK Government closely watching over it with the looming risk of reducing stadium capacities which could have financial implications on Leeds.

He told Football Insider: “It’s important to stay ahead of these things.

“Radrizzani is fully aware that the football industry is under close scrutiny from the Government because they have been given the license to have full attendances.

“Part of the payback for that is that the clubs need to be carefully monitoring who is coming into the grounds. With these third parties selling tickets, the situation is out of control of the club. There is a potential danger from a Covid perspective.

“The Government could then turn around and say they are not happy and are going to reduce attendances to 50 per cent. So it could have substantial cash flow implications at Leeds United and other clubs where this goes on.”

Marcelo Bielsa’s second season in the top-flight got off to the worst possible start after they were beaten 5-1 by Manchester United, the Toffees are up next with Rafael Benitez’ side looking to make it two wins in two following their comeback against Southampton.

Kalvin Phillips could make his first start since his Euro 2020 heroics after he sat out of the defeat last weekend.