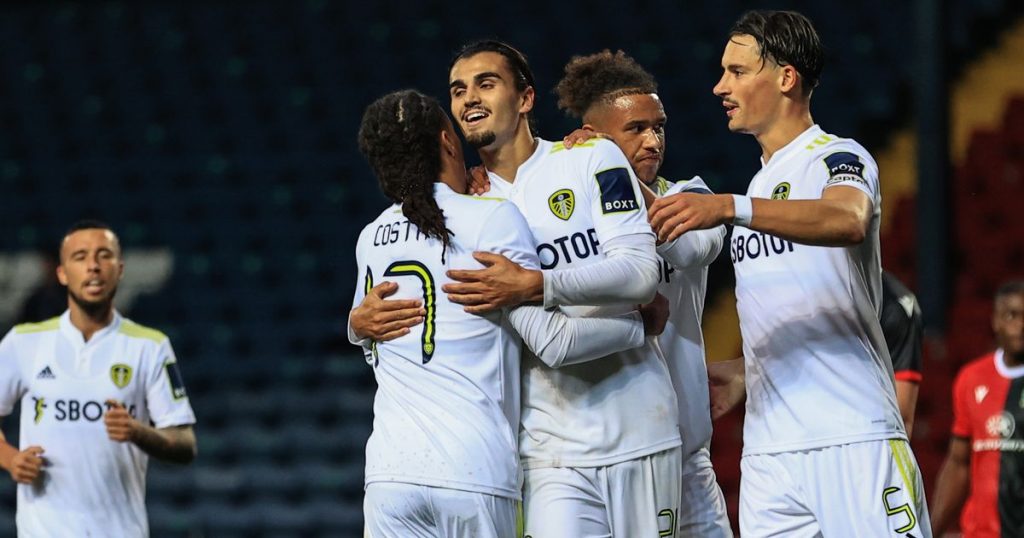 Not called upon to do much, but stood out for one claim he needed to make midway through the second period. Blameless for the goal after a massive deflection.

Made some encouraging overlaps throughout the evening without any of them amounting to a great amount of danger. Steady.

Just the one half for Llorente after that late run at Euro 2020 with Spain. A solid evening and just about kept Adam Armstrong quiet.

The hero on the night with the equaliser. A few loose passes here and there, but a fine evening.

A promising first look at the left-back, who was already creating some decent patterns with Helder Costa and Jack Harrison down their flank. Encouragingly frustrated with himself when he made any errors.

Did fine in the holding role. Regularly showed for the ball. Let down by one or two passes into him which were short from the defenders.

Flitted in and out of the match in the first half, but once he was attacking the away end he slowly came to life and delivered United’s best shot of the game. Taken off a little after the hour, but will be desperate to get the United faithful on their feet this season.

Quiet evening from Klich, but got about the pitch and got the miles he would have wanted in the legs. Not quite involved in the best of the final third interplay, although a cultured, scooped effort was probably the best shot of the first half.

Played as one of the central midfielders rather than as the striker we expected. The stuff he tried didn’t quite come off, but it’s pre-season after all.

Another to bank a full 90 minutes in his first match as a permanent Leeds player. Not quite the threat he would have wanted to provide down the left. Main Leeds danger focused down the right.

A new experiment to see him playing as the centre forward, but next to no threat for the Blackburn defence to deal with.

A solid half from Ayling, who did find Ben Brereton a handful on occasion. Marshalled the defence once he was on the field playing at centre-back.