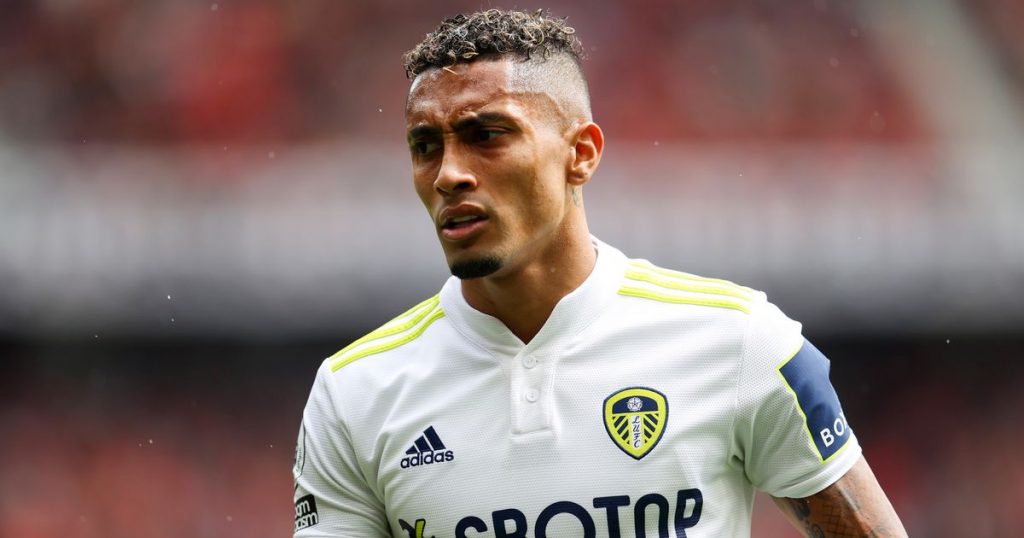 Leeds United host Everton in the Premier League at Elland Road on Saturday in what will be the second match of the season.

The Whites host the Toffees of the back of a thoroughly depressing 5-1 defeat at Manchester United on the opening day last weekend.

Meanwhile, Rafael Benitez’s team visit West Yorkshire with momentum after a 3-1 win over Southampton at Goodison Park, with goals from Richarlison, Abdoulaye Doucoure and Dominic Calvert-Lewin.

At this early stage of the season, the hosts sit 20th in the table, while Everton are fifth after their opening win.

Here are a few things to look out for at Elland Road.

While the visitors began last weekend in a 4-2-3-1 shape, they reportedly improved drastically when Richarlison moved into the centre alongside Calvert-Lewin and made a 4-4-2.

As we know, this would force Marcelo Bielsa’s side into a three-man backline. If the line-up is as we expect then Luke Ayling would shuffle inside alongside Liam Cooper and either Pascal Struijk or Robin Koch.

Junior Firpo would play as the left wing-back while Stuart Dallas could move out to the right and play behind Raphinha on that flank.

After 533 days or 17-and-a-half months, United’s home will finally return to life with a capacity crowd and an experience many have long waited for.

Whether it’s the click of the turnstiles, the cacophony of concourse singing, the thud of seats on backrests as danger rises or that first sight of the lush green surface, Saturday will be an assault on the senses for everyone inside.

The reunions to be seen in the stands will be magical. Those people you only ever see at the football, those you share a cluster of seats with, an argument with, a goal with, a hug with. Saturday will be a major landmark for thousands starting to feel like life may return to normal.

Surely Marcelo Bielsa cannot resist Kalvin Phillips for another week? Bielsa may see it as a gamble on both sides of the coin.

Whether he gambles on the England man’s fitness or gambles on losing another match without him, this won’t be an easy decision for Bielsa, a stickler for players’ physical details.

If it was not deemed necessary for Phillips to bank vital minutes with the under-23s on Monday night there has to be a chink of light the holding midfielder will be ready today.

Junior Firpo, Robin Koch, Raphinha and Rodrigo have never played in front of a full Elland Road. Their reactions are sure to be a picture.

Raphinha and Rodrigo had a small taste with the restricted crowd on the final day of last season. Even then you could see how much they enjoyed interacting with the support.

The crowd will be more than quadrupled for Everton’s visit today and it will be fascinating to see how their game responds to the deafening noise all around, especially Marching on Together as they make their way out onto the pitch.

The penny may finally be about to drop for them on the size of the club they signed up to.

With a long passage of time since a capacity crowd made the march towards Elland Road there has been a gaping window for too many legends to pass away.

The club kept its powder dry with any kind of service for the final game of last season, but will surely acknowledge those so dearly loved and lost today with a full house.

After Manchester United’s touching gesture to include the Whites’ legends in their own minute’s silence last week, Leeds will hopefully ensure their fans get the chance to say goodbye.