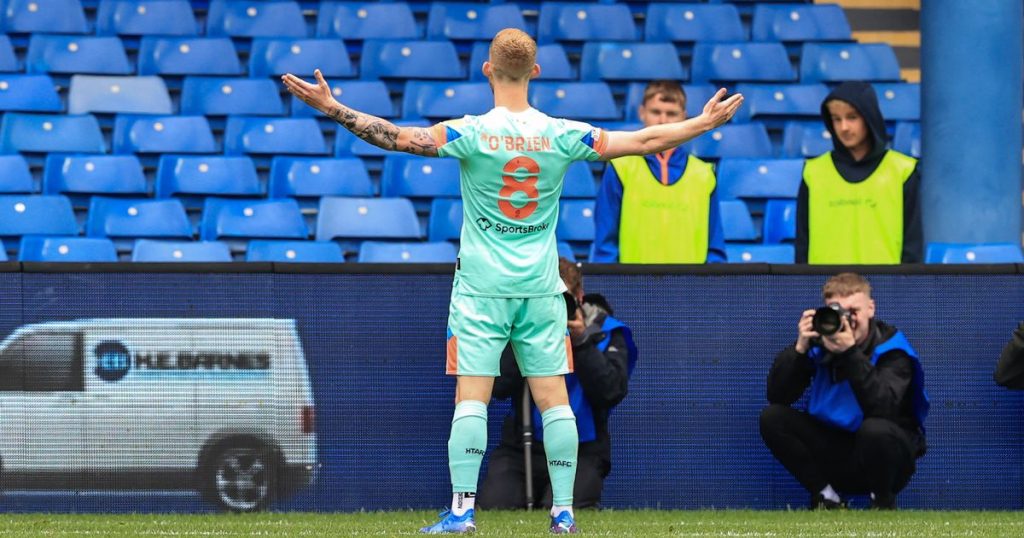 Leeds United have had a bid for midfielder Lewis O’Brien rejected by Huddersfield Town, according to Football Insider.

The 22-year-old has been the subject of intense speculation in recent days, with the Whites seemingly stepping up their interest after losing out on Chelsea’s Conor Gallagher.

However, the Terriers have reportedly turned down an offer for their most prized asset, who has become an integral member of their squad.

Carlos Corberan, formerly a member of Marcelo Bielsa’s backroom staff, is in charge at Huddersfield and has insisted he wants to keep O’Brien at the club

An all-action midfielder, the former Bradford City loanee would add some much-needed depth to the Whites midfield and provide competition for the likes of Mateusz Klich and Jamie Shackleton.

O’Brien has a year remaining on his contract at the John Smith’s Stadium, although there is an option for an extension in his current deal.

Before Leeds suffered a 4-0 humbling at the hands of Ajax last night, a makeshift side comprised of under-23s players and a sprinkling of senior figures lost 3-1 to Jong Ajax.

All the aforementioned senior players except Poveda only played in the first-half before being withdrawn and replaced with academy prospects.

Former Ajax midfielder Rafael van der Vaart had some stern words for the youthful Whites, who he appeared far from impressed with.

Speaking on Ziggo Sports during their coverage of the game, he said: “I have seen some beautiful football, Ajax are producing some top talents again.

“Let’s not talk about Leeds United. They tried their best, but there’s not one player that impressed me this afternoon.

“I expected more from them, they got outplayed by 17/18 year olds.”

Villarreal controversy ahead of Leeds clash

Villarreal have been embroiled in controversy days before their pre-season friendly against Leeds United after Wesley Fofana suffered a serious injury in their warm-up fixtures.

The Whites were beaten 4-0 by Ajax in Amsterdam before taking on the Spanish side this weekend in their final pre-season clash.

The Yellow Submarines were in the headlines on Wednesday night though after Fofana suffered what appeared to a dislocation or break to the leg, as per our sister title, Leicestershire Live.

Fofana was caught by a challenge from forward Fer Nino, leaving the Frenchman needing a stretcher to leave the field.

The 20-year-old was treated on the pitch for five minutes after the challenge before he was taken to hospital. Brendan Rogers is expected to provide an update on his injury on Thursday.