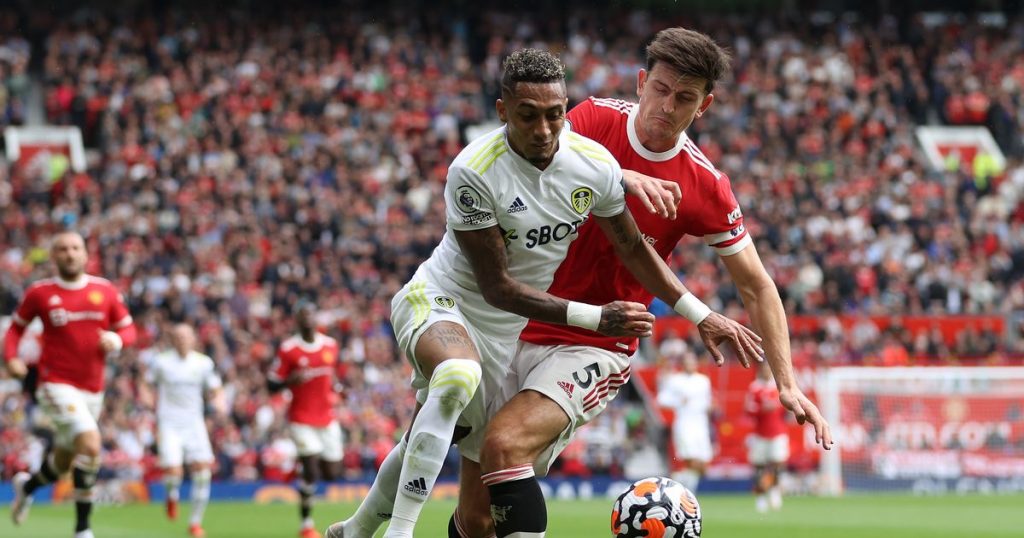 Here are the Leeds United evening headlines on Monday, August 16, 2021.

Harry Maguire has been speaking following his side’s comfortable victory over Leeds in the opening game of the Premier League season.

There had been some talk that Leeds had an inflated chance of beating their Manchester rivals due to their fitness and potentially catching out a Red Devils side who might not be sharp on the opening day.

That wasn’t the case though, as Leeds were blown away 5-1 at Old Trafford. Luke Ayling’s goal to make it 1-1 early in the second half was a brief moment of joy for fans of the Whites, before Maguire’s side came roaring back to score four goals in the half.

Maguire said: “We’re missing numerous players. We’ve had a little bit of a stop-start pre-season obviously, with the Euros and people coming back at different times and people having to quarantine and things.

“We knew how important it was not to use that as an excuse because Leeds, they’ve had the majority of their squad for the full pre-season. We knew how fit they’d be.”

The changes around VAR this season have been much publicised, as it’s been made clear that the aim is for fewer goals to be ruled out due to marginal cases of offside, which is an issue that VAR has exacerbated.

Patrick Bamford’s disallowed goal away at Crystal Palace is one of the infamous examples, as he was ruled offside due to the edge of his sleeve being ahead of the final defender as he pointed to where he wanted Mateusz Klich to pass the ball.

Leeds unfortunately fell foul to the new rule application on Saturday. Bruno Fernandes’ hat-trick goal would have been ruled out as offside last season, but under the new interpretation – which allows for a greater margin of error using thicker lines to make offside calls – he was ruled onside.

Although Leeds fans might feel hard done by, ex-referee Dermot Gallagher told Sky Sports: “It was the right thing to do, it’s worked on the opening day and it’s a great way to move forward.”

It’s hoped that this new rule application will see fewer goals ruled out and Leeds fans will hope that next time it’s their team which benefits.

Although Junior Firpo wasn’t deemed to be ready to start the season opener, Leeds’ new left-back was fit enough to make his debut for the club by coming on as a substitute at half-time.

Leeds hope that he will be ready to start against Everton, but two other important players didn’t play at Old Trafford.

According to Marcelo Bielsa during pre-match press conference, Diego Llorente is a ‘week or two’ away from fitness but the player himself has shared on social media that he hopes to be back as soon as possible and is ‘working to be ready’.

Meanwhile, Kalvin Phillips was fit enough for the bench but not used as Bielsa seemed to not be happy enough with his match-sharpness after his belated holiday due to the Euros.

As the midfield struggled badly at Old Trafford, Leeds will be hoping their starman is ready to start against Everton this weekend.