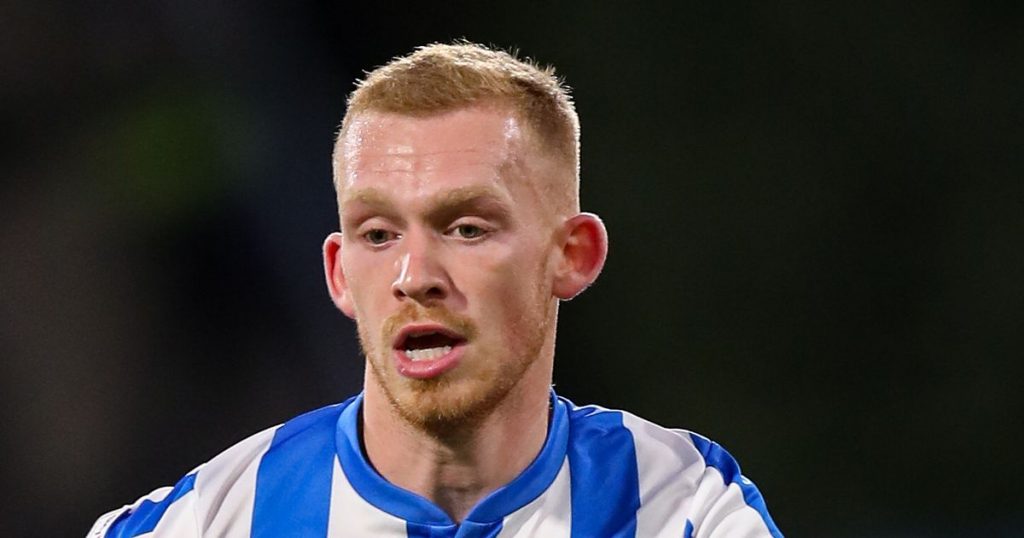 Following Leeds United’s attempts to sign him in the summer, Lewis O’Brien is reportedly set to sign a new contract with Huddersfield Town.

The 22-year-old currently has one year left on his existing Town deal, with the Terriers having an option on this contract.

According to Alan Nixon in the Sun on Sunday, the midfielder ‘seems happy’ to remain with the club, despite overtures from Leeds United during the summer window.

After becoming clear that Leeds and Town were apart in their valuations for O’Brien, Leeds ended the summer by focusing their effort on signing Dan James, who became available during the final days of the window.

Kewell sent off amid miserable start to managerial role

He was appointed to the National League side in June but managed his first game for the club as the new season began. After four games, his side have lost three and drawn one.

Kewell’s side looked like they might pick up a win on Saturday, leading 3-1 at one stage, before giving away a penalty – the incident which the ex-Leeds star got himself sent off for appealing against – and going on to concede a further two goals after the penalty was dispatched.

Due to the acrimonious way the Australian left Elland Road and his actions since, Leeds fans have not afforded Kewell any sympathy as they watch his struggles as a manager.

“He’s going to a great club with a well-respected manager who in my opinion will get the best out of him. And he’s obviously going to be really excited about that prospect. It’s a four-year contract, so he can get his head down now and really enjoy his football.”

In extensive quotes, Page spoke about areas of James’ game that he thought would be perfect for Leeds and the ways in which he could improve. He also mentioned Tyler Roberts’ development under Bielsa, saying:

“We’re privy to some of the things that go on there. I think Tyler’s record over the last couple of years since he’s been there, we’ve seen a big improvement in his fitness levels and his physique.

“He [Bielsa] gets his players fit. They have to be fit to play the way he wants them to play.

“I think DJ will benefit from that as Tyler has.”