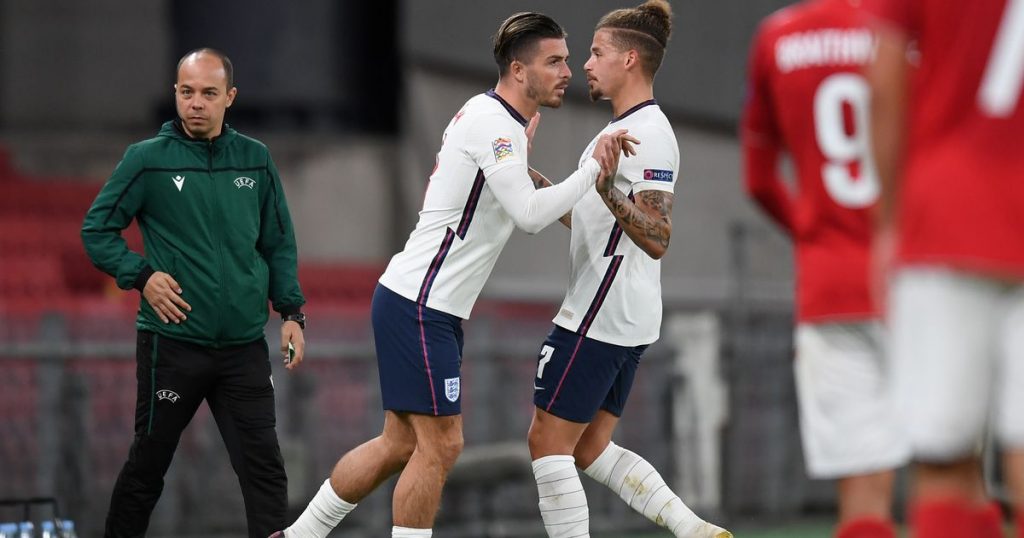 Here are the Leeds United morning headlines on Tuesday, July 6, 2021.

Kalvin Phillips just couldn’t resist trying to get his own back on England team-mate Jack Grealish after the Aston Villa man posted a video yesterday of him nutmegging the Leeds United star at training.

Grealish posted a video on his Instagram account of him nutmegging Phillips during a Rondo session at St George’s Park as Gareth Southgate’s men get ready for tomorrow evening’s European Championship semi-final against Denmark.

With Phillips in the middle chasing the ball, as he approaches Grealish the Villa star slips the ball through the Leeds man’s legs, much to the delight of Grealish as Phillips smiles in response.

After Grealish posted the clip online, Phillips hit back with his own response, admitting his surprise at the incident but including an old picture of Grealish in, shall we say, a less polished look to the one he portrays these days.

The 17-year-old academy player says he’s excited to get started at his new home, telling the Forest website; “I’m really pleased to be here and it’s a move that I’m really excited to make. Forest has a great history and reputation for developing young player and I can’t wait to get started.

“As soon as I met the coaches, I knew this was a club where I could develop as a player and push myself on.”

Manchester United stepped up their preparation on Monday for their opening day clash with Leeds United.

The Whites travel to Old Trafford on August 14 to start the 2020/21 campaign, boosted in the knowledge they will be backed by a full capacity away crowd.

Leeds returned to training at Thorp Arch on Monday after routine pre-season testing last week and Manchester United have also begun their preparations at Carrington.

With the exception of those still in the tournament, such as England quartet Luke Shaw, Harry Maguire, Jadon Sancho and Marcus Rashford, as well as Scott McTominay, Paul Pogba and Victor Lindelof, everyone returned to training on Monday.

Dean Henderson was absent from training as he continues his recovery from an injury that saw him withdraw from England’s Euro 2020 squad, whilst David de Gea is still involved with Spain.

The 24-year-old ended last season as Ole Gunnar Solskjaer’s first-choice goalkeeper but is looking a doubt for the season opener as he continues to be plagued by a troublesome hip problem. Our sister title, The Manchester Evening News, report Henderson is in line to start against Leeds if he’s fit.