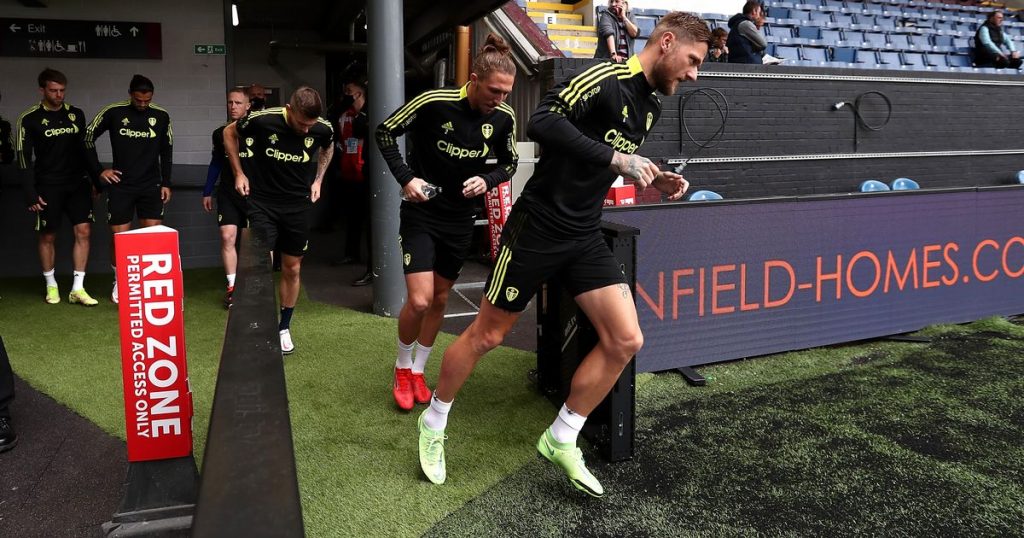 Leeds United host Liverpool in the Premier League on Sunday with Raphinha at the top of Marcelo Bielsa’s selection agenda.

Here, we task two of our Whites writers with making their selections as if they were in the dugout at Elland Road on Sunday.

There appear to be selection headaches at centre-back, left-back, right-wing and central midfield. Here is what Beren Cross and Joe Donnohue would go with.

With Raphinha’s availability for Leeds United confirmed ahead of Liverpool’s Sunday visit, things look a little rosier for Marcelo Bielsa.

With the Brazilian available, of course, I have to include him in my XI, but it would have been interesting to see how Daniel James may have performed there. Pascal Struijk coped pretty well on the two occasions he faced Liverpool last season and I would give him the edge over Liam Cooper alongside Diego Llorente at the back.

Liverpool’s attack is notoriously dynamic and I back Struijk to deal with that a touch better than his captain, though the latter’s leadership skills would be missed.

It really isn’t Marcelo Bielsa’s style, but I would have play James from the start in Raphinha’s absence, mainly to play Dallas inside, but also out of sheer curiosity. Though this is now a moot point.

I would go with Mateusz Klich over Rodrigo. I buy into the theory Rodrigo will only get better and sharper with a consistent run of starts, but this is not the match for him.

Liverpool will commit men forward from their central trio and the Spaniard has shown he is not quite at the level needed when high-class opponents have the ball.

Sunday afternoon promises to be an intriguing affair between Leeds United and Liverpool, two clubs who could have been affected by international football’s famously tumultuous politics.

The football might’ve been something of a sideshow in the build-up to kick-off and depending on what happens on the pitch, it may be mere subplot afterwards too.

Nonetheless, Leeds host Liverpool in front of a packed Elland Road in the Premier League for the first time in nearly two decades, a sizeable occasion itself.

Argentine Leeds United boss Marcelo Bielsa is a straight-shooter, but has no qualms when it comes to doing things unconventionally.

For all of his quirks though, the Leeds boss fielding an ineligible player in protest at FIFA’s five-day ban imposed upon Raphinha would have been some stretch and flout his own fondness of fair play.

Bielsa is likely to stick to the rules as they are presented to him by the club, once they are informed of Raphinha’s eligibility for Sunday – which late on Friday evening confirmed the winger would be eligible to appear after FIFA waived their five-day restriction.

With Miguel Almiron in contention to start, as confirmed by Newcastle United boss Steve Bruce, and Raul Jimenez also able to feature this weekend, Brazil’s footballing federation no longer had as many allies in support of their stance against international break no-shows, as it did earlier this week.

For this reason, it is highly likely Marcelo Bielsa will not hesitate to involve Raphinha.

His stance in yesterday’s press conference was a strong one, but it was still difficult to envisage Bielsa risking FIFA’s golden fist by fielding the 24-year-old, especially if the other affected clubs didn’t take that same risk.

Stuart Dallas, Junior Firpo and Mateusz Klich are all back in contention and may well start.

If Raphinha hadn’t featured, Dallas may have been drafted in as a stand-in right-winger but instead may continue as a No. 8 in place of Rodrigo.