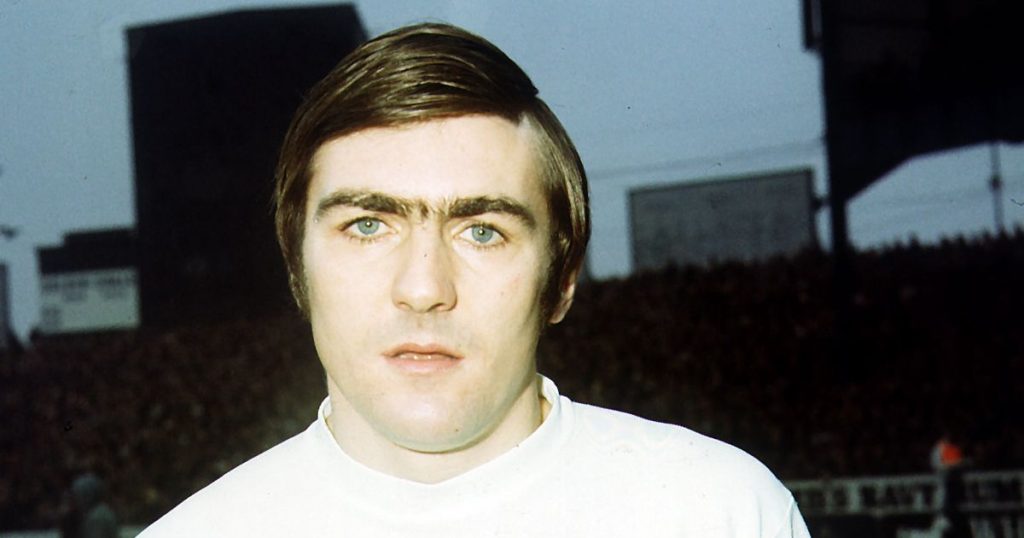 Leeds United legend Terry Cooper, an integral part of the most successful period in the club’s history, has died at the age of 77.

Cooper enjoyed a 13-year career at Elland Road during which time he made 351 appearances and won a host of honours including the First Division title, the FA Cup and two Inter-Cities Fairs Cup.

He also scored the goal which sealed the first major trophy in Leeds United’s history when he netted the winner against Arsenal in the 1968 League Cup final at Wembley.

After starting out as a pacey left-winger, Cooper was converted by Don Revie into a marauding left-back, adding a new dimension to the position that is still prevalent to this day.

His partnership with Eddie Gray in front of him on the left-wing was especially feared, with Cooper going to earn 20 England caps, playing in the 1970 World Cup.

A mainstay of Revie’s all-conquering side, he would suffer a broken leg shortly before the 1972 FA Cup final which kept him out of action for 20 months and would struggle maintain his place in the Leeds side upon his return.

Following his time at Elland Road, Cooper had spells at Bristol City, Bristol Rovers and Doncaster Rovers, before moving into management where he took charge of both Bristol clubs and had spells in the Exeter City and Birmingham City dugouts.

In a statement confirming his sad passing, Leeds United said:

“Leeds United are devastated to learn of the passing of Terry Cooper at the age of 77.

“A club legend, Cooper amassed 351 appearances for the Whites, scoring 11 goals, during the Leeds’ most successful era to date.

“The thoughts of everyone at Leeds United are with Terry’s family and friends at this difficult time.

You can share you memories of Terry Cooper in the comments below.