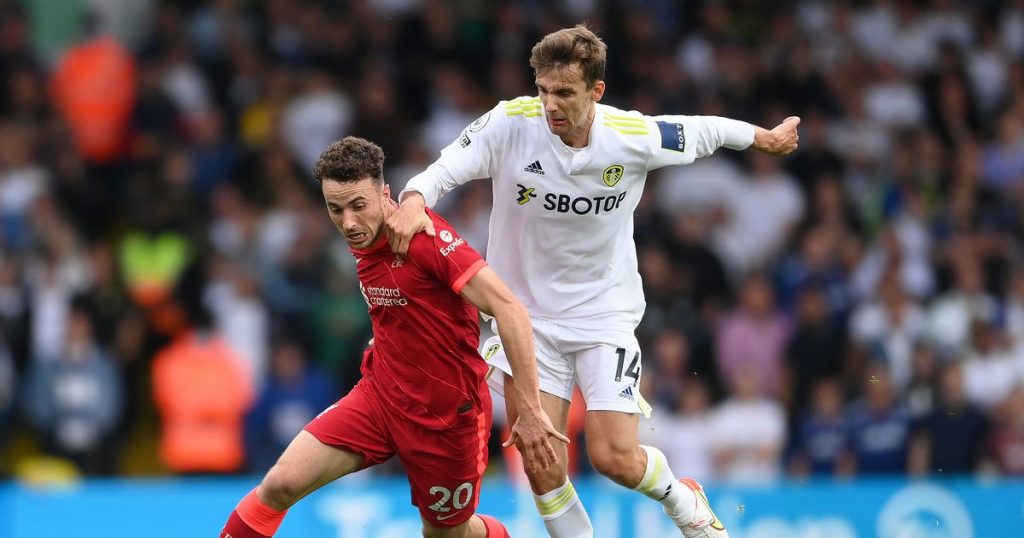 Leeds United have been handed another injury headache after Diego Llorente was forced off with an injury against Liverpool.

The Spanish defender only returned to the starting XI on August 24 after missing the opening two matches of the season.

Llorente appeared to pick up a knock to his right hamstring, with Pascal Struijk replacing him just after the half-hour mark at Elland Road.

It had been a tough afternoon for Leeds until that point, trailing 1-0 after Mohamed Salah netted his 100th Premier League goal.

That Liverpool forward raced ahead of Llorente to grab the opener, in what was a flurry of chances for Jurgen Klopp’s side in the first half.

Llorente has struggled with fitness since moving to Elland Road in the summer of 2020 and this latest setback for the 28-year-old will be a worry for Marcelo Bielsa.

Robin Koch remains unavailable, leaving the Leeds boss with only Struijk and captain Liam Cooper as his senior options at centre-back, though Luke Ayling has deputised in that role on multiple occasions.