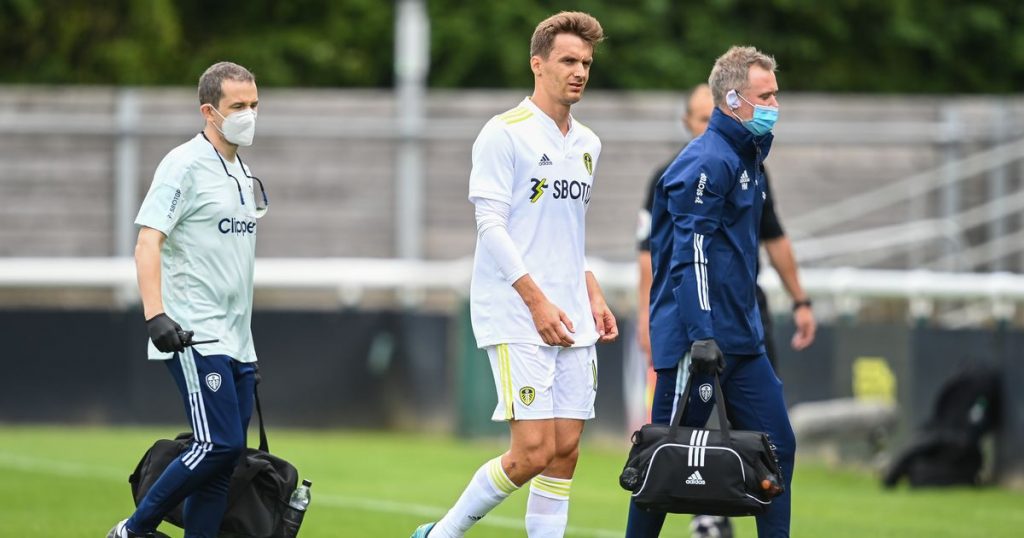 Leeds United face Manchester United on Saturday in their Premier League opener and there is plenty of team news which has been given ahead of the fixture.

The big news is that Junior Firpo – the club’s marquee signing from Barcelona – is available for selection. The Spanish left-back had missed the final two friendlies that the first-team played during pre-season, casting doubt on his inclusion in the game at Old Trafford. However, Marcelo Bielsa has now put fans at ease by declaring him ready. It’s unclear whether he will be picked to start at this stage though, given the matches he missed in the pre-season.

Another positive is that Jamie Shackleton is fit to play. The Kippax-born youngster looked in excellent form in pre-season until he suffered a blow to the head in the penultimate friendly against Ajax. He will be hoping for a chance to get some minutes against Leeds‘ big rivals.

Kalvin Phillips has also been subject to questions around his readiness to start the opening game after his late arrival to pre-season – granted to him due to playing every game in England’s run to the final of the Euros.

Bielsa addressed this, saying in his pre-match press conference: “He’s done a different type of work, a more brief one. The preparation time he had was half that of his teammates, but he’s done this in a very serious manner with a lot of dedication and he’s in conditions to have options to participate, but it’s natural that the time he needed to be prepared has not been completed yet.”

Like Firpo, it’s uncertain whether he’ll start but he is likely to be involved in the squad. Below is the injury list that Leeds are carrying into the clash at Old Trafford.

It comes as little surprise to discover that Llorente is unavailable for this game. He clearly pulled up with an injury in the friendly vs Real Betis and wasn’t seen again in pre-season.

Asked how long the Spaniard would be unavailable for, Bielsa said: “It’s subject to his [Llorente’s] evolution, but it’ll be one or two weeks more.”

After he missed 17 Premier League games with injury last season, Leeds will hope to get their centre back fit as soon as possible.

The fitness of the young forward was not discussed in the press conference but he missed all-but the opening pre-season friendly after injuring his ankle during the game against Guiseley.

It’s highly unlikely that Gelhardt would have played any minutes in this match, particularly given that he has yet to make his debut for the first-team.

However, he was a regular feature on the first-team bench in the second half of last season and with the continuation of the nine-man bench rule in the Premier League, he would likely have been there at Old Trafford if he’d been fit. As it is, Sam Greenwood may well have a position on the bench.