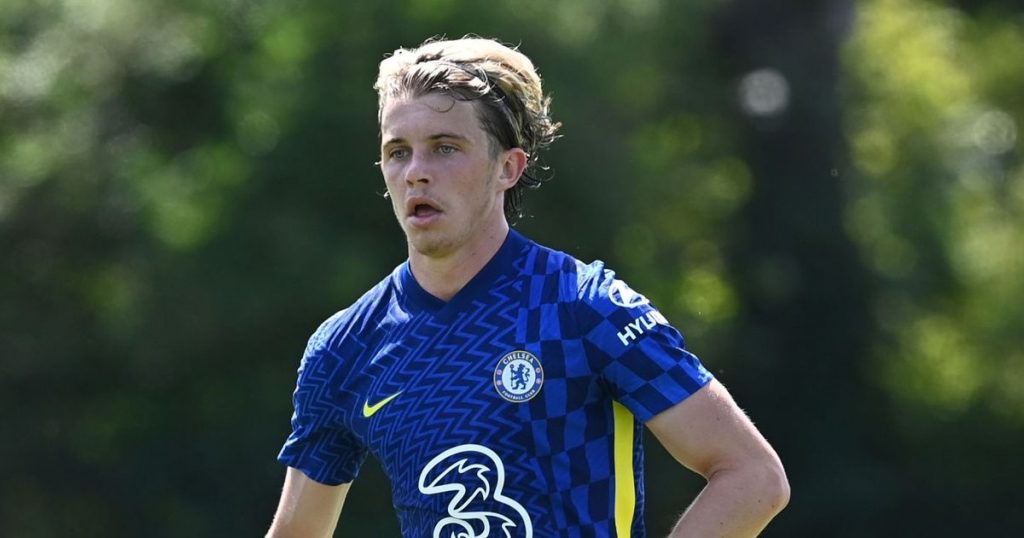 Leeds United secured the signature of Chelsea midfielder Lewis Bate this week, completing an initial £1.5 million deal to lure the 18-year-old away from the capital.

It turns out Bate is not the only Chelsea academy graduate the Whites have been negotiating with this summer after football.london revealed Leeds had held talks with Conor Gallagher over a possible loan switch.

21-year-old Gallagher who spent last season on loan at West Bromwich Albion is not in Thomas Tuchel’s plans this season, meaning a loan move is highly likely.

Gallagher spent the 2019/20 season on loan at Charlton Athletic, and then Swansea City before his sojourn at The Hawthorns last year.

This time around, Gallagher appears to have attracted the interest of mid-table Premier League outfits in Leeds and Crystal Palace, as opposed to Championship sides and relegation-threatened teams in the top flight.

Chelsea are understood to be reluctant to allow Gallagher to leave permanently, meaning a straight loan is the best any potential benefactor can hope for.

Geographically, a Palace switch would make most sense for the England U-21 international given the proximity between Chelsea and Selhurst Park.

However, with his previous loan moves to south Wales, the Midlands and south London, Gallagher has demonstrated he is happy to go wherever regular football will take him.

Leeds held talks with the midfielder earlier this month, as per football.london, but since doing so have had to play a waiting game as Gallagher ponders their offer.

Victor Orta, the club’s eccentric transfers chief, presented Gallagher with a detailed breakdown of how he would function at Leeds, but the 21-year-old has since held talks with Crystal Palace during Chelsea’s pre-season tour of Ireland.

While Orta’s charm offensive and straight-talking negotiating technique won over Junior Firpo and Robin Koch in recent summer deals, it appears this time around Gallagher is at the very least taking his time over the decision of where to play his football next season.

For now, with Leeds United having shown their hand, it is a waiting game in which the final call rests with the player.