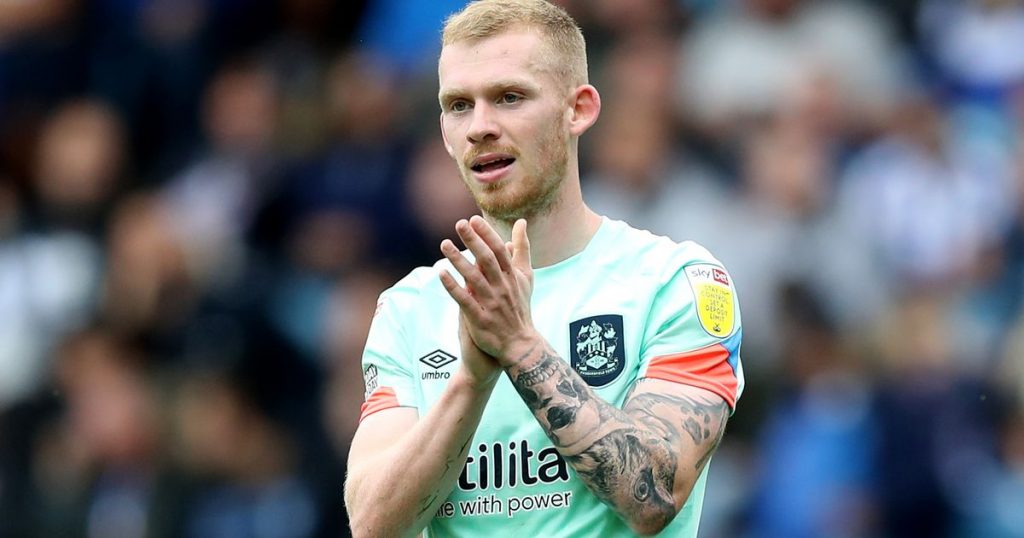 Leeds United have been heavily linked with a move for Huddersfield Town midfielder Lewis O’Brien and it has got plenty of fans talking.

The club’s CEO Angus Kinnear provided an update on the chase yesterday when he insisted that ‘no movement’ had been made with the Terries in regards to a potential transfer.

But that hasn’t stopped the debate from supporters, especially after former Arsenal and Everton star Kevin Campbell gave his thoughts on the 22-year-old.

Campbell told Football Insider: “Yes, O’Brien is by no means the finished article but he is a very good player who I think would improve a lot under the coaching of someone like Marcelo Bielsa. He could definitely help their cause this season. I’m sure he would turn out to be a great signing for them.”

It’s specifically these comments which drove plenty of engagement on our Facebook page and led to fans offering their verdict on whether or not Leeds should move for the Huddersfield man.

One user stated: “We need to be signing better quality players with proven top-flight form.”

Another questioned his potential, saying that O’Brien is ‘hardly a diamond in the rough’.

However, there are plenty of others who see a player who Marcelo Bielsa can really shape the way he wants to. Ken West said: “I suspect any young player who puts the work in will improve under Bielsa.”

A willingness to put the work in seemed to be a key theme as Paul Davies said: “I think he will do very well if he puts the yards in.”

William Stanway added: “His highlights look promising, amazing defensively and good on the ball with accurate passing. Sure he is championship but we have to trust (Victor) Orta and Bielsa, they have never spent big and its always worked out, just because he is not a big name does not mean he isn’t a diamond in the rough.”

Fan reaction is mixed on O’Brien and perhaps harshly so, given the fact that he has impressed many whilst playing in a poor Huddersfield team. However, Leeds fans have become accustomed very quickly to shopping in more expensive markets after signing established internationals in Rodrigo, Diego Llorente and Robin Koch.

Raphinha looking like a Champions League quality player within a very short space of time after his debut has also raised the bar even further.

Anybody who has watched Huddersfield over the last couple of seasons knows, however, it comes as a given that O’Brien will put the yards in. His intensity and determination to cover every blade of grass is likely to be the reason Leeds have such an interest in him in the first place.

For now the real question is whether or not negotiations will continue and reach the point where the clubs agree on a price.