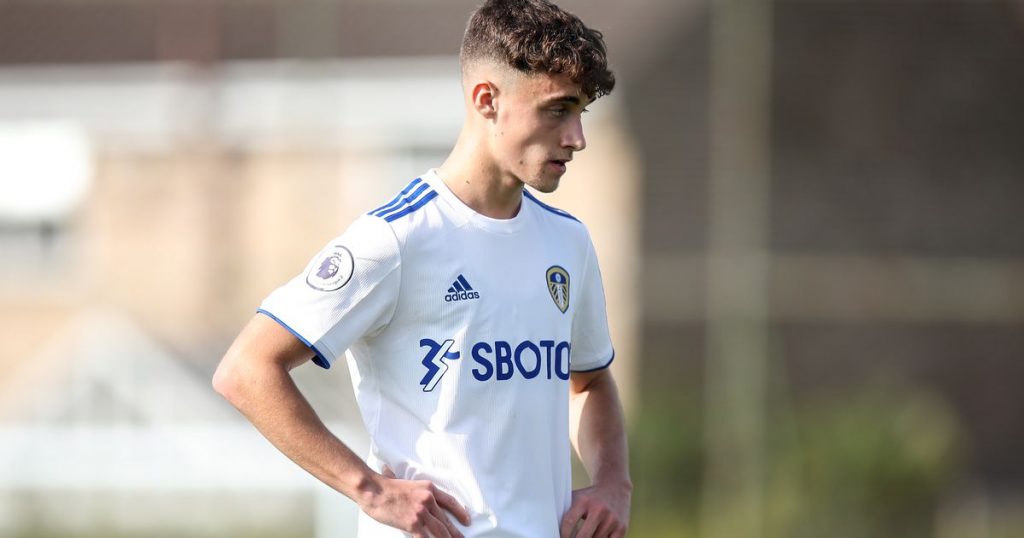 It has been a relatively quiet transfer window for Leeds United but they could lose one of their younger stars to a League One outfit.

Sunderland are reportedly in advanced talks to sign Whites defender Niall Huggins on a permanent deal, according to Football Insider.

The 20-year-old, who made his Premier League debut at Arsenal last season, has been linked with a move away from Elland Road this summer.

A whole host of Championship clubs, including Blackburn Rovers and Blackpool, were also interested in Huggins, but it now looks likely that Wearside will be his next destination. This is poised to be Leeds‘ 10th departure since the end of 2020/21 and the second academy graduate following Leif Davis’ loan switch to Bournemouth.

Whites fans have been giving their reaction to the news and it’s safe to say that it has got mixed reaction.

@seanfaulkner15: Surprised by this one. He looks a good player! Would have thought he would be kept. A loan option I hope and not permanent move.

@snewton1892: Be a good move for him. Comfortable at full back and as a winger.

@kianlufc: Looked very solid when he came on against Arsenal a few months back. Would be a quality signing [for Sunderland] I reckon.

@EastStandUpper: Not quite sure how/why Huggins has fallen out of favour so quickly. Looked to have something about him last season. And it’s not as if we’re over-stuffed with left-backs.

@Macky_LUFC: Not sure what has gone on with him at Leeds but followed his progress in our youth system and I can tell you this lad has got loads of potential to make it. Shame we are losing him so good luck to him at Sunderland.

Huggins was part of the Leeds Under-23s side which lifted the Premier League 2 Division 2 title last season as he showed signs of the player he could become.

There’s no doubt the Wales youth international has the talent to shine in the future and should he leave, then Leeds would surely be looking to add another full-back from now until the window shuts on August 31.