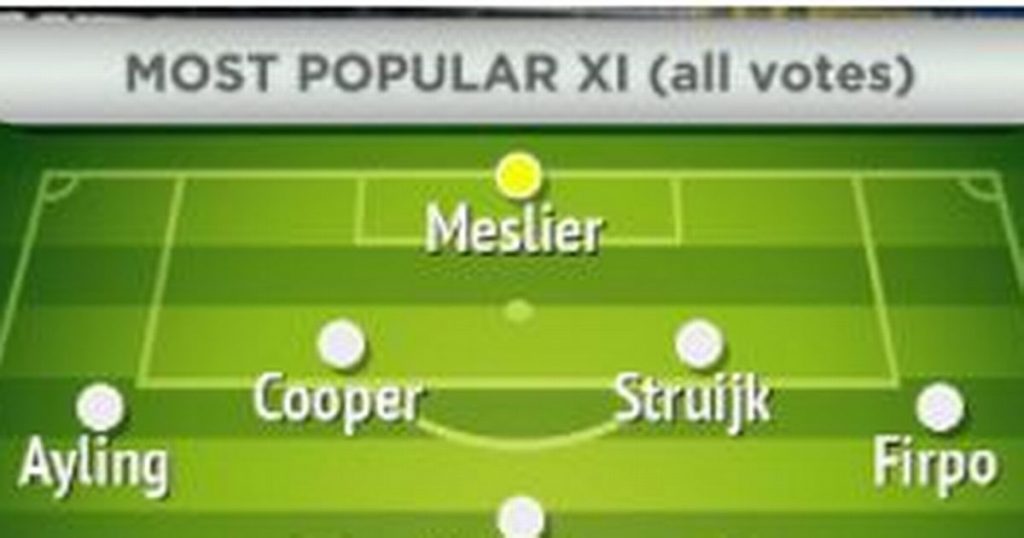 Leeds United fans have voted to hook Robin Koch and Rodrigo for today’s match in favour of giving Junior Firpo his first start and getting Kalvin Phillips back on the pitch.

Leeds will be hoping that their 5-1 thrashing by Manchester United last week was a blip rather than a sign of things to come.

Today sees Leeds play in front of their first full house for a top-flight game since 2004, with Everton providing the opposition, no doubt on a high from their 3-1 victory over Southampton at Goodison Park last week.

Last week saw England’s star of the Euros Kalvin Phillips parked on the bench by Marcelo Bielsa, who said the player needed time to recover, and it wasn’t clear this week whether that situation had been resolved.

Whether Bielsa will make changes based on the poor start to the season, or if he will judge it to have been a result of the peculiar circumstances of a return to post-lockdown football, remains to be seen.

Earlier this week LeedsLive asked fans to go online and vote for the side they think should be starting the match this afternoon, and having calculated the results, this is what you opted for.

There are two changes from the team that started against Manchester United. The first suggested move is to put defender Firpo into the starting line-up at left-back.

The 24-year-old signed for Leeds from Barcelona over the summer and came on as a sub for Rodrigo last week, and clearly fans want to see him given the chance to make his mark from the start.

To make room for Firpo, fans have suggested starting Stuart Dallas in the centre of midfield. Alongside him they want to see the return of Kalvin Phillips, as no doubt Bielsa does too.

The local hero has been recovering from a busy Premier League season followed by representing England throughout the Euros, where he was considered the standout star of the team by many, but so many minutes clearly took its toll and hopefully he will be back today.

Unsurprisingly fans want Luke Ayling at right-back, Raphinha on the right wing, Harrison up the left wing, and Bamford up front, but the two players suggested for the chop may be more surprising.

Fans want to give German international Robin Koch some time on the bench. He certainly struggled against Manchester United, being turned inside-out by Bruno Fernandes, who ended up scoring a hat-trick.

The other preferred candidate for being dropped is Rodrigo, who also struggled last week, seeming a little lost at times and not fully up to speed, which resulted in him being substituted at half time.

Completing the fans’ line-up are Mateusz Klich in the middle of the field, with the centrebacks being Liam Cooper and Pascal Struijk, both of whom had a torrid time at Old Trafford last week but fans must hope are on better form today.