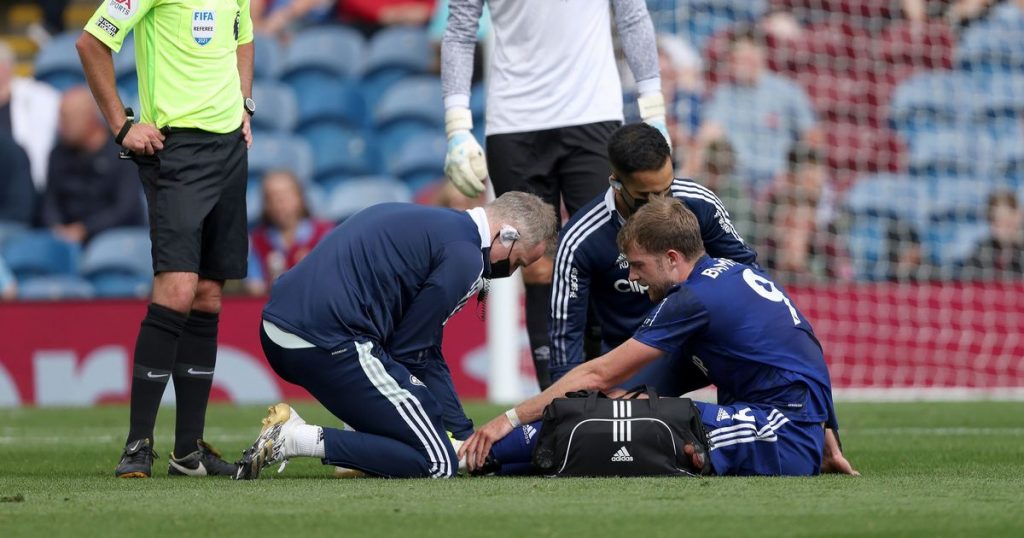 Leeds United fans were not happy with Michael Oliver after their side’s draw against Burnley on Sunday afternoon.

The Whites managed to grab a late equaliser in a frustrating afternoon against Burnley at Turf Moor.

Sean Dyche’s men took the lead after Matt Lowton’s shot fell to Chris Wood who was able to convert the ball into the back of the net.

But Leeds United continued to press forward and were rewarded for their efforts when Patrick Bamford was able to deflect a shot into the corner of Burnley’s net just five minutes from time.

Leeds fans were quick to reflect on the game on social media with many unhappy with Michael Oliver’s performance who failed to send off Ashley Barnes for a reckless challenge and who allowed Burnley to use rough tactics in order to get the better of Leeds.

Many fans were left feeling aggrieved by the Premier League referee.

@rgclt : Still very physical but there are fewer reckless Burnely tackles and off the ball incidents this half. As if the players are following instructions. Curious.

Would question Michael Oliver’s picking and choosing what is a foul and what’s not though.

@DALlufc : Seen enough in last two performances to know we will be fine. Michael Oliver let too much go. Barnes was a definite red. Onto the the next. MOT

@wickylufc : Horrible game but pleased to get a point. Michael Oliver hates us.

@CharliesBetting: I wouldn’t be the biggest Jurgen Klopp fan but hard to disagree with his assessment of Burnley today – not convinced it is Michael Oliver or VARs finest hour that Ashley Barnes is still plying his ‘trade’ – his substitution is surely imminent

@Christhefish86: Kalvin was booked for less than that in the first half, I’m all for letting games flow but Michael Oliver has got to sort this out, this is ridiculous.

Leeds now find themselves 15th on the Premier League table after their first two games with one defeat and two draws.

Marcelo Bielsa’s men will be heading into a two-week international break and will face Liverpool at Elland Road next in a tough clash against Jurgen Klopp’s men.

Fans will be hoping they will be dealt a better hand by the referee in the next game.