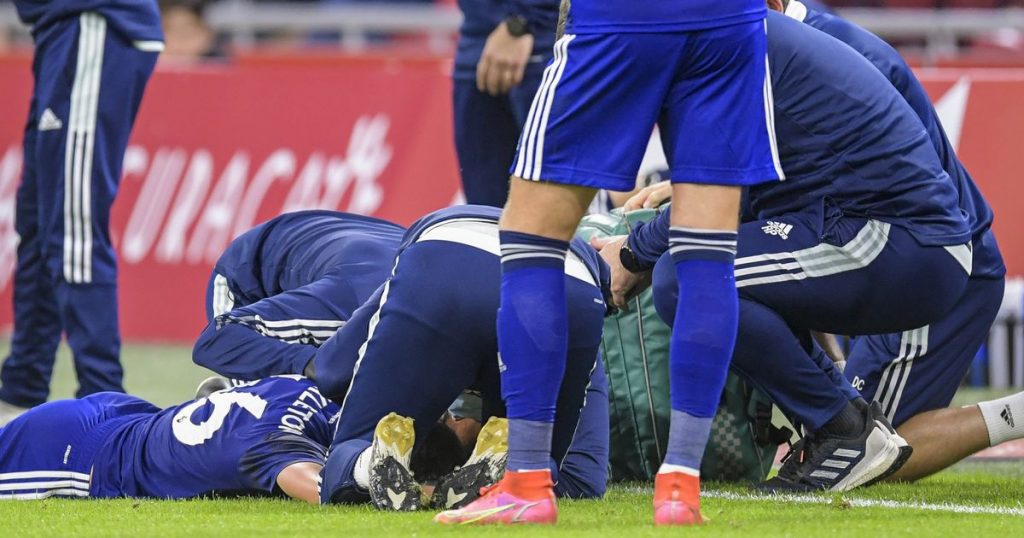 Leeds United were handed an injury concern in their pre-season defeat to Ajax after Jamie Shackleton was forced off with a head injury.

The Whites youngster, who was once again starting at right-back after impressing in pre-season, had to be taken off after a nasty clash of heads.

Illan Meslier’s clipped pass out wide saw Shackleton contesting the aerial ball and he came off second-best. The 21-year-old received treatment on the field but had to be helped off the pitch and into the dressing room.

This will no doubt be a concern for Leeds, who head to Old Trafford in 10 days’ time for their Premier League opener against Manchester United.

Although not a regular last term, Shackleton has impressed in warm-up matches, starting against Blackburn Rovers, Real Betis and Ajax at right-back.

With the England star yet to return after his international break, the reshuffle has allowed Shackleton to seize the opportunity to impress Marcelo Bielsa down the right flank.

Premier League protocol requires a player to have a minimum six-day recovery period if they are diagnosed with a concussion injury, leaving Shackleton’s availability at Old Trafford in doubt.

Shackleton would be allowed a phased return to training during that six-day period though, with full-contact training allowed by day five.

Leeds are already without Liam Cooper and Junior Firpo, who both missed the friendly against Ajax, which ended in a 4-0 defeat.