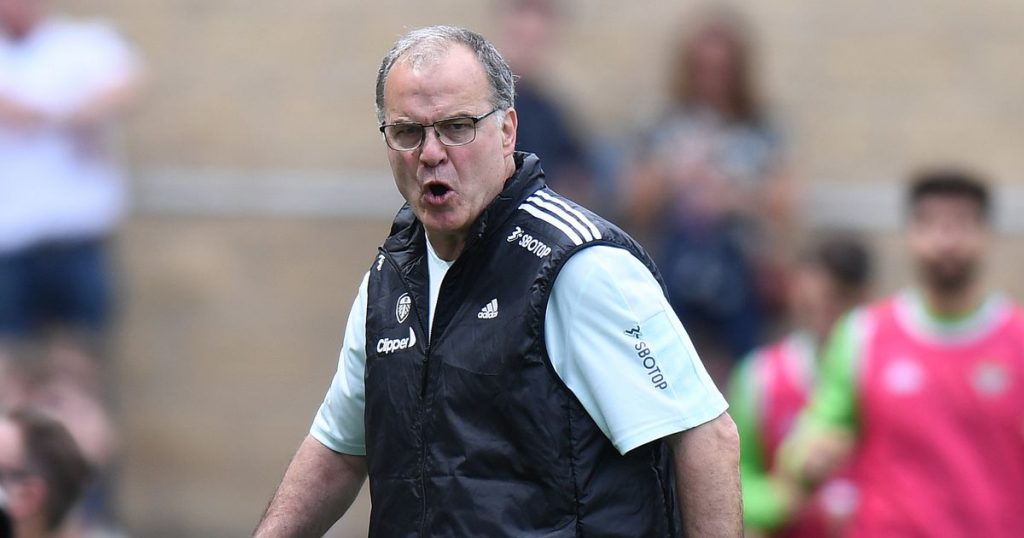 At long last, after 533 days, Leeds United will have an away following in a competitive match. Nobody could have known that riotous 4-0 drubbing at Hull City would be their last chance to cheer a meaningful Leeds game on the road.

More specifically, it’s been 6,385 days since the Whites were able to follow their heroes along the M62 to the home of their bitterest rivals for a league match.

The 2010 FA Cup win crucially allowed United’s fans to blow off some steam when Jermaine Beckford provided an unlikely upset for the League One outfit.

Everyone knows this is what the club has been waiting for. After nearly 17-and-a-half years, the Leeds die-hards can finally walk into Old Trafford, as equals, make the place their own, dominate the atmosphere and upset the applecart.

The atmosphere, of which we had a soupcon with the final two games of last season, promises to be the best thing about the trip to Old Trafford. Unless the Whites dish out a pasting, of course.

Firpo’s debut (if it happens)

Junior Firpo was given a clean bill of health by Marcelo Bielsa in his pre-match press conference, but whether that’s enough to see him start remains to be seen.

Crucially, the former Barcelona man got plenty of pre-season under his belt before missing the final two friendlies of the summer.

If the Dominican does start then all eyes will be on how he fares in his first competitive fixture for the Whites. Playing in the division’s biggest stadium is some stage to start on.

The 24-year-old’s link-up play with Jack Harrison will be critical to United’s chances of punching through to create chances, while Firpo’s ability to drift inside and supplement the central midfielders will also be worth watching.

Laying the 6-2 ghost to rest

The 0-0 at Elland Road in April went some way to restoring pride after the chastening experience of last December, but Old Trafford remains the scene of the crime.

Memories will come flooding back of that dark and cold evening from last winter when the stadium begins to stir into life on Saturday morning.

This Bielsa side is well versed in settling scores and ensuring they rarely make the same mistakes twice.

It will be fascinating to see how they approach this occasion again. After the blood and thunder of the first game, which led to two, virtually uncontested, goals inside three minutes last year, there is sure to be more caution this time.

Will it be as steady as the last match at Elland Road, or will Bielsa look to exploit a home side sure to be under-strength after a difficult pre-season period?

One of these three looks set to miss out this afternoon. Much rests on Kalvin Phillips’s condition. Bielsa’s pre-match comments were encouraging without being definitive on the England man’s start.

If Bielsa is happy with what Robin Koch and Pascal Struijk can offer him, then that may be enough reassurance to give Phillips another week to work on his fitness after a condensed pre-season.

The Leeds boy will be desperate to play in this fixture, but Bielsa does not do sentiment. He deals in science and facts about what Phillips’s numbers are showing him. If he feels it’s a risk, he may just not do it.

One of the staples of Bielsa’s tenure: deliver short, sharp, shocking lessons in how to prepare for opening-day fixtures.

While Liverpool got the three points last season, the newly-promoted visitors were five minutes from holding the previous year’s runaway champions to a draw.

There was the memorable Stoke City win in Bielsa’s first season and then the Ben White debut at Bristol City 12 months later which also yielded three goals.

In fact, that’s three goals in three opening fixtures on the bounce for Bielsa’s Leeds. Based on how open last December’s game was, another three today may not be too pie in the sky.

Just as the Anfield trip last September was an ideal chance to make a statement, today too can provide the same platform for this group of players to set out their stall for what 2021/22 may bring.