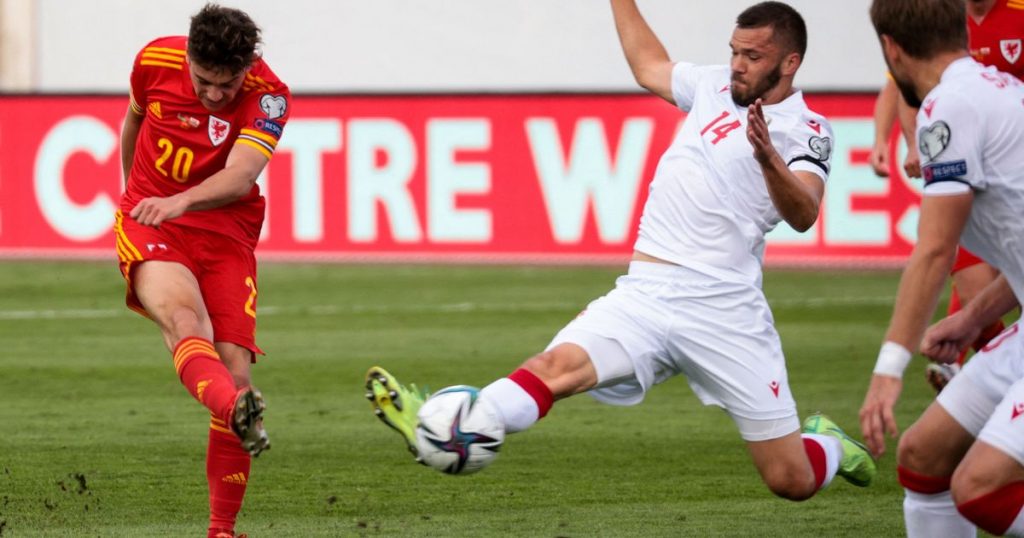 Fans have praised Leeds United’s new signing Dan James after he set up a winning goal in injury time in Wales’ victory over Belarus today.

Wales were 2-1 down in Belarus in this afternoon’s World Cup qualifier until Gareth Bale scored his second of two penalties to bring the scores level.

Then, with 93 minutes of the match gone, Leeds‘ James chipped from the left to right in the 18-yard-box, where Gareth Bale knocked it into the bottom corner of the net.

James seemed to think the goalkeeper had saved Bale’s shot and raised his hands to his head in despair, but the new arrival from Manchester United then realised it had gone in and joined the celebrations with his teammates.

Wales, Leeds and Manchester United fans praised James on social media for his performance, with @JohnsonAkiel tweeting: “The ball from Dan James to find Gareth bale is very impressive had to dig that one out.”

One Man Utd fan tweeted: “Dan James becomes a baller while playing for Wales. I think he will also do well for Leeds. Maybe he couldn’t cope with the pressure of playing for #mufc.

While @JamieSallow asked: “Did United make a mistake by letting him go?”

The injury-time winner means Wales have resurrected their World Cup hopes, moving to six points, just one point behind second-placed Czech Republic, who have played one more match than Wales. Belgium are top of the group with 10 points.