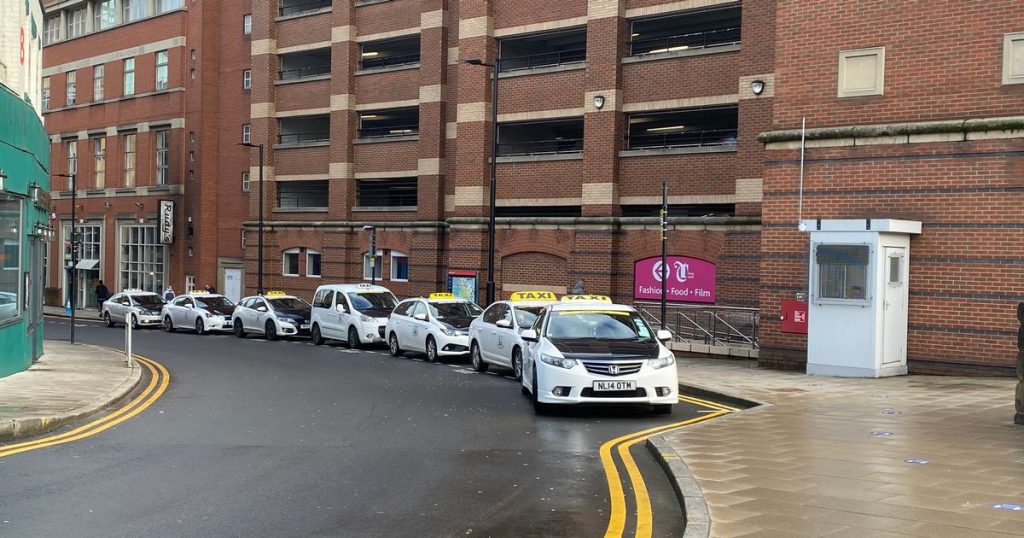 A protest has been planned over the difficulties faced by disabled and elderly travellers with a taxi rank at Leeds station set to move, Unite has said.

The trade union said those with disabilities and the elderly, who are using Leeds station, will face “intolerable obstacles” if they wish to hail a cab, as the current taxi rank is set to be moved further from the platforms.

Campaigners are so concerned by the proposal that they will be staging a protest at Leeds Civic Hall, in the city centre, at 11.30am on Tuesday (September 14) to lobby councillors to keep the rank where it is.

This will be followed by a march from the Civic Hall to Millennium Square where there will be speeches from 2pm.

Unite said that the current rank is on the main concourse and 45 metres from the entrance.

However, the union claimed the proposed rank, scheduled for 2023, is down steep steps or via a lift – which, if not working, will mean able bodied, the elderly and disabled having a 165 metre journey to reach it.

They said the alternative is to keep it where it is now, or move it to the left hand side outside the station entrance – similar to London’s Paddington Station which already operates a cab rank inside the station.

Unite regional officer Darren Rushworth said: “Tuesday’s protest by disability campaigners is aimed at asking the ‘powers that be’ to jettison this proposal which will put intolerable obstacles in the way of disabled people and the elderly who will have nearly four times the length to go to seek a taxi.

“This is supposedly happening to make passenger movements easier and to cope with modelled increases in passenger numbers, but the Office of Rail and Road (ORR) has already shown that the throughput is down by 12 per cent for Leeds station in 2020 and that it did not anticipate the same levels of passenger movements in future with people’s changing habits to work and travel.”

Unite branch secretary for passenger transport/cab section for Yorkshire, Paul Landau said: “While taxi drivers will lose custom as people are driven by what is called ‘line-of-sight’ and if they cannot see a cab rank they will either walk or use an App to gain carriage, but that is not our principle objection.

“We are primarily concerned about an expensive and misguided proposal that the travelling public don’t want – a snapshot survey we conducted at the station showed that 75 per cent of people wanted the rank to remain as it is – and the very detrimental impact it will have on our fellow citizens who have a disability or who are elderly. We should be making their lives easier, not more difficult.”

Unite is dedicated to advancing the jobs, pay and conditions of its members and will fight back against any efforts to diminish workers’ living standards.