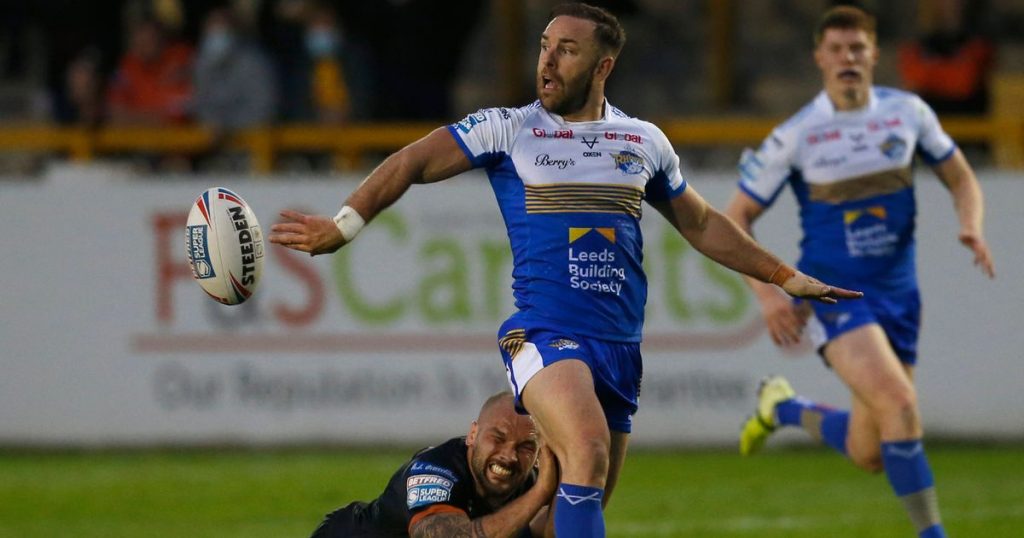 Leeds Rhinos will be without Luke Gale and Mikolaj Oledzki for tonight’s clash with Salford Red Devils.

Both men were named in Leeds’ original 21-man squad but they miss out along with Tom Holroyd.

Callum McLelland makes his first start of the season after being promoted from the bench, while King Vuniyayawa replaces Holroyd in the front row.

As expected, Ash Handley and Rhyse Martin return to boost the Rhinos.

Handley comes in on the wing for Luke Briscoe, who drops to the bench, and Martin takes Sam Walters’ spot in the second row.

Jarrod O’Connor starts at loose forward with Cameron Smith taking his place among the interchanges.