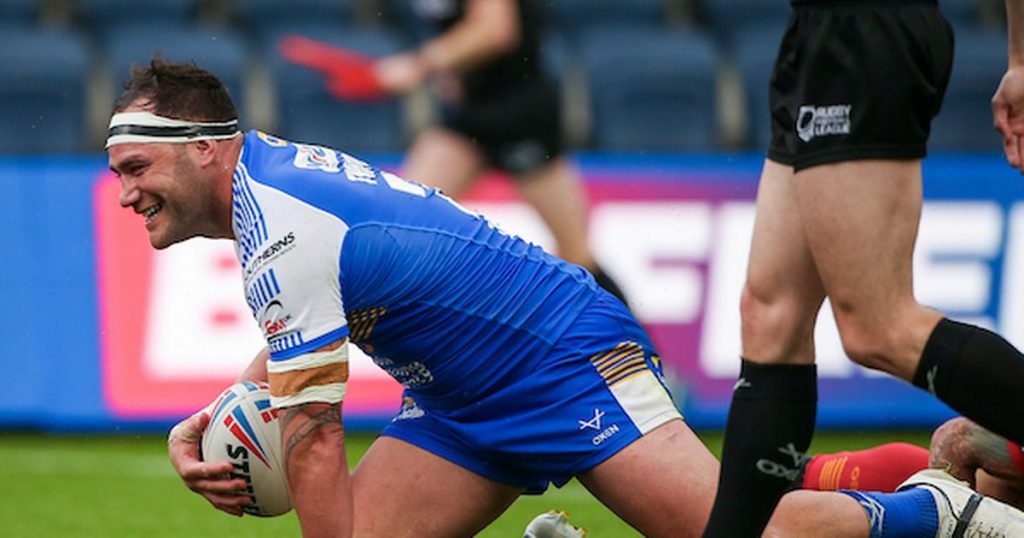 Leeds Rhinos’ winning run came to an end as they went down 26-18 to the league leaders Catalans.

Here are the player ratings.

Richie Myler – 7: Steady away on the night. He was involved in some of the brighter moments for the team on his return. Faded in the second half. Earns a plus point for a try-saving effort on Langi.

Tom Briscoe – 6: Could have perhaps finished a try in the first half but generally speaking did his work with a minimum of fuss.

Liam Sutcliffe – 6: He was a bit hit and miss but scored a try and came up with some big defensive plays.

Konrad Hurrell – 6: So hard to mark because with the ball he was unstoppable at times, but his defence is just too easily exploited as was the case with two of the second-half tries.

Luke Briscoe – 7: The best outside back of the night. Took plenty of carries and made good metres for his side. Made a big break in the first half.

Kruise Leeming – 7: He continues to look impressive in the halves. Lively, distributes with speed too.

Luke Gale – 6: Generally speaking, it was a quiet night for the Leeds captain.

Tom Holroyd – 6: Not quite as good as the previous two games. Missed Mourgue for the first try, came up with a few errors too. Still, by no means a poor performance.

Brad Dwyer – 6: Always energetic but didn’t really have an impact in this game.

Matt Prior – 7: Industrious, as ever. His fourth game in ten days, by the way. Madness.

Alex Mellor – 7: Continues to grow in stature. He will have been disappointed with Mike McMeeken’s try but in return came up with more than a few try-saving tackles.

Rhyse Martin – 7: Remains in good form. Looks fitter and more dynamic. He impressed with and without the ball here.

Bodene Thompson – 7: A real honest player who helps his younger peers without any accolades. He was solid again here, and crossed for a try.

Jarrod O’Connor – 6 : Likes to throw himself in the thick of it when he’s on. Lively again and looks to have a bright future.

Cameron Smith – 6: A steady night back in the side as he eases his way back from injury. He’ll be better for this.

King Vuniyayawa – 6: A few notable carries but came up with a few errors too.

James Donaldson – 7: Came on and added punch in defence, causing at least one error.