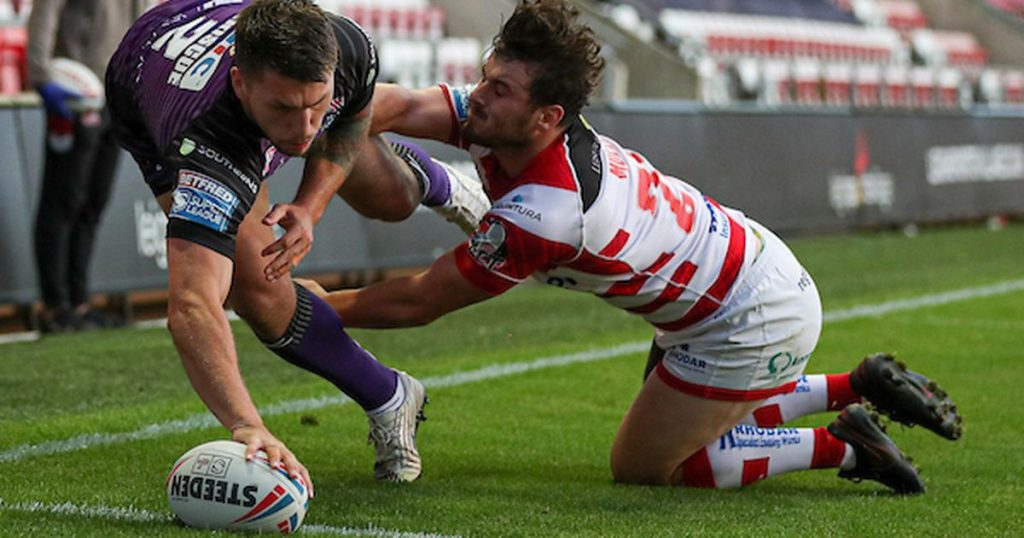 Rarely will a side win by 36 points and not come away entirely satisfied.

Sadly, for Leeds, that was the case against Leigh.

There was nothing wrong with Leeds’ performance, nor was there anything underwhelming about the result as the Rhinos put on an eight-try precession against the winless Centurions.

But the sight of Luke Gale and Rob Lui limping from the field was the outcome Richard Agar was dreading. Leeds, down to the bare bones before the game, now face the threat of losing another two senior players.

Gale’s injury, a suspected medial ligament injury, threatens to sabotage his season. You could argue the same about Leeds’ season entirely.

The former captain hasn’t been just as prominent as he was last season but there’s little doubting that the Rhinos are better with him on the field. To lose him, on top of those already out, would potentially be an injury too far for the club to contend with.

The same applies to Hurrell who, again, is by no means indispensable, but with both Liam Sutcliffe and Jack Broadbent on the sidelines, replacing the Tongan powerhouse threatens to be incredibly problematic.

Leeds have already lost Sutcliffe, Alex Mellor and Mikolaj Oledzki for the season. If – and thankfully it’s only an if right now, but if the pair are out long-term, it leaves Leeds in dire straights heading into the most crucial stage of the season.

Agar has watched on this year in the hope that his side would come good once they boasted a fully-fit squad. For many weeks, it appeared that was going to happen around this time of the year. Instead, Leeds are now facing yet another crisis.

“Our main concern at the minute is that if we lose Luke and we lose Koni, we’re really down on numbers,” Agar conceded after the game.

“The boys are fighting hard as you’ve seen tonight, but that could present us with our biggest challenge. It won’t be down to a lack of effort or desire I can assure you that.”

Leeds were able to weather the storm of the last selection crisis and get enough wins to stay in and around the chasing pack earlier in the year. The problem now is that keeping within touching distance isn’t enough. They need to emulate teams above them, and as the injuries rack up, that becomes harder.

It is boring and tedious to highlight injuries as a hindrance. Quite often, clubs are no worse off than others.

But in this case, the volume of injuries, coupled with the accumulative time they’ve had to deal with, injuries are now seriously threatening to derail their season.

Fans of other clubs will argue their issues cut just as deep. But in the vast, vast majority of cases, they simply do not.

For now, Leeds can only hope for the best.