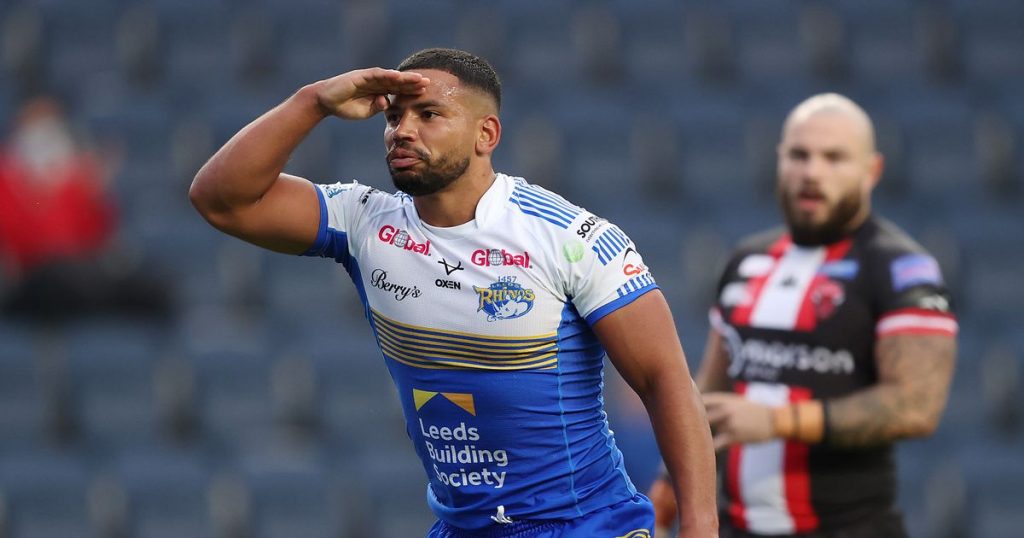 Richie Myler: Laid on Kruise Leeming’s second try and was otherwise solid aside from the odd blemish, including a late yellow card. 7

Tom Briscoe: A strong performance from the winger, one highlight a bell ringer of a tackle in the first half. 8

Konrad Hurrell: The powerful centre seemed in the mood from the off as he looked to make amends for his last outing against Salford Red Devils, summed up by a rampaging run near the end of the first half that got the crowd excited. 7

Harry Newman: One of Leeds Rhinos’ biggest threats as he aims to make up for lost time, with the youngster marking his Headingley return with a special try early on. 8

Liam Sutcliffe: Got Leeds going on the left edge in the early stages but sustained a head injury and did not return in the second half. 7

Callum McLelland: A first start of the season for the young half-back and he capped an impressive outing with an opportunist try. 7

King Vuniyayawa: A real handful throughout and capped off a good night with his first Rhinos try. 7

Kruise Leeming: Came up with two early mistakes but before he knew it he had a double thanks to textbook support play as he went on to have a big say. 8

Matt Prior: The prop was everywhere during his first stint and returned to score a try on the day he committed his future to the Rhinos. 8

Alex Mellor: A strong start to the game as Leeds took control early on. 7

Rhyse Martin: Solid enough on the edge and enjoyed a perfect night from the tee, kicking seven from seven. 7

Jarrod O’Connor: Another good effort from a youngster who is not afraid to put himself about. 7

Cameron Smith: The Rhinos always look more dangerous with the loose forward out on the field. 7

James Donaldson: An excellent performance from the hardworking forward with and without the ball. 8

Brad Dwyer: A typically scheming display from the hooker as he kept Salford honest around the ruck. 7

Luke Briscoe: Came on in the middle and did not look out of place with his powerful running style. 7