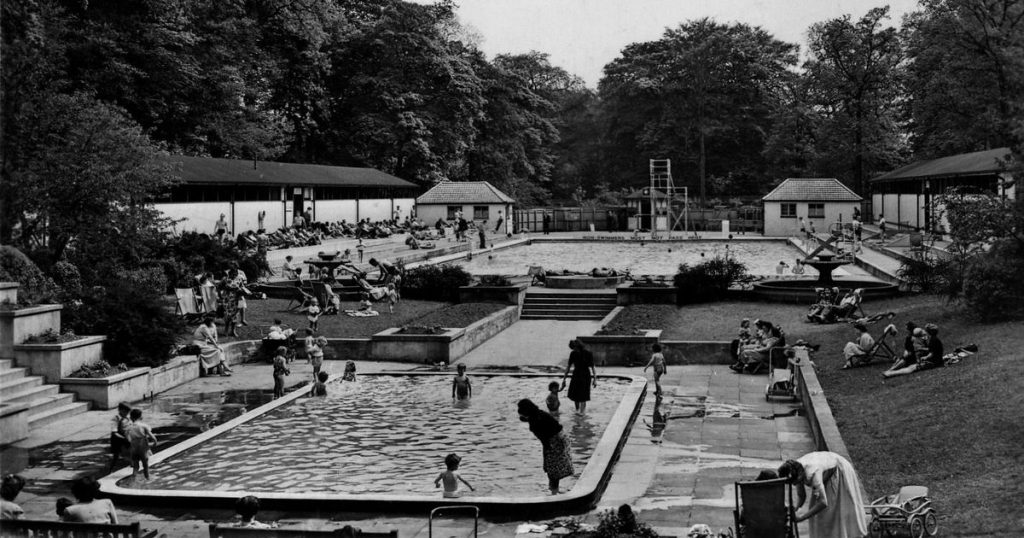 In Roundhay Park, on the site of what is now a grassy hill with a car park at the end, was an outdoor swimming complex.

An unheated, outdoor pool in Leeds – hardly known for its year-round sunshine – sounds crazy now. But this was 1907 when swimming in near-frozen water was probably considered healthy.

READ MORE: The little-known past of the lost Leeds bus station which has become a trendy pub

As well as the main pool with diving boards, Roundhay Park Open Air Swimming Pool included a paddling pool for kids, changing huts and stone steps for spectators to sit on.

While the pool was chlorinated it was never heated which meant it was cool at the best of times.

The pool was initially popular but had fallen into disrepair by 1937. However, the facility and its popularity were restored and in the 1950s and 1960s it became the place for families and kids, especially on the fleeting hot days the city enjoyed.

But by the 1980s it was game over and Roundhay Park Open Air Swimming Pool was bulldozed and the pools filled in.

Today if you want an outdoor dip in a pool – as opposed to a lake or river – your nearest choice is at Ilkley.