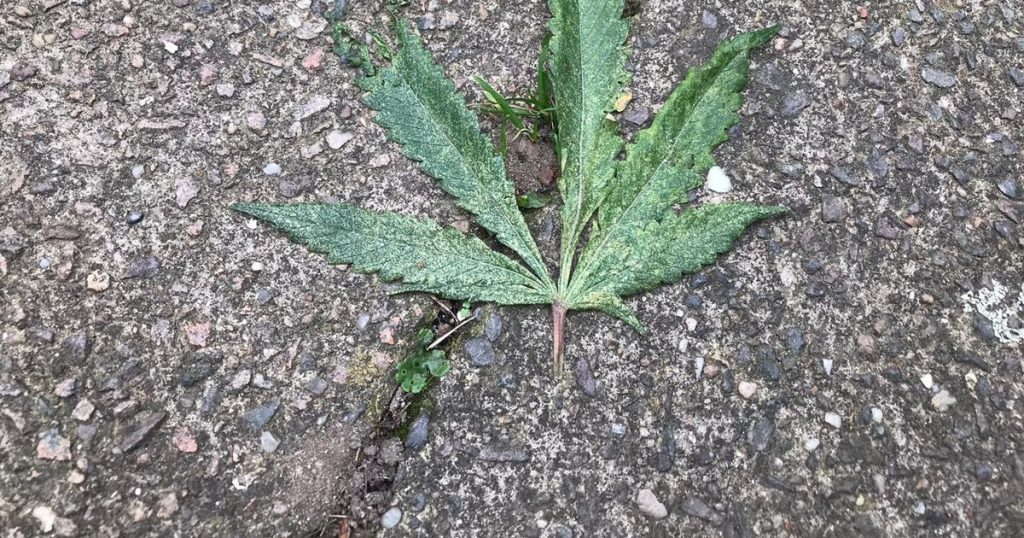 Cannabis leaves were left strewn around a Leeds estate after a group of men fled a drugs farm with full bags moments before police showed up.

Residents in Leafield Drive, Moortown, heard loud banging at around 9.30pm and saw several cars parked outside their block of flats.

Moments later the men were seen leaving a second floor flat with the bags, dropping leaves behind them on the stairs and pathway as they fled.

Police were called at 10.20pm and after battering down the exterior door, discovered a cannabis farm inside the flat.

Crime Scene Investigators were called and remained on the scene at lunchtime today.

One neighbour said: “I heard loads of commotion at about 9.30pm but I didn’t think too much of it because there’s always stuff going on.

“Then later I heard banging and the police were breaking the door through with a ram.

“They found a grow inside.”

The leaves could still be seen leaving a trail from the farm to the car park in front of the flats on Friday afternoon.

No arrests have been made yet.

A spokesperson for West Yorkshire police said: “At 10.20pm yesterday (Thursday) police received a report of males having left an address with bags of what was believed to be cannabis.

“Officers attended and forced entry to the property, where a cannabis farm was located.

“A scene remains in place as enquiries continue today.”

To get the latest email updates from Yorkshire Live click here.