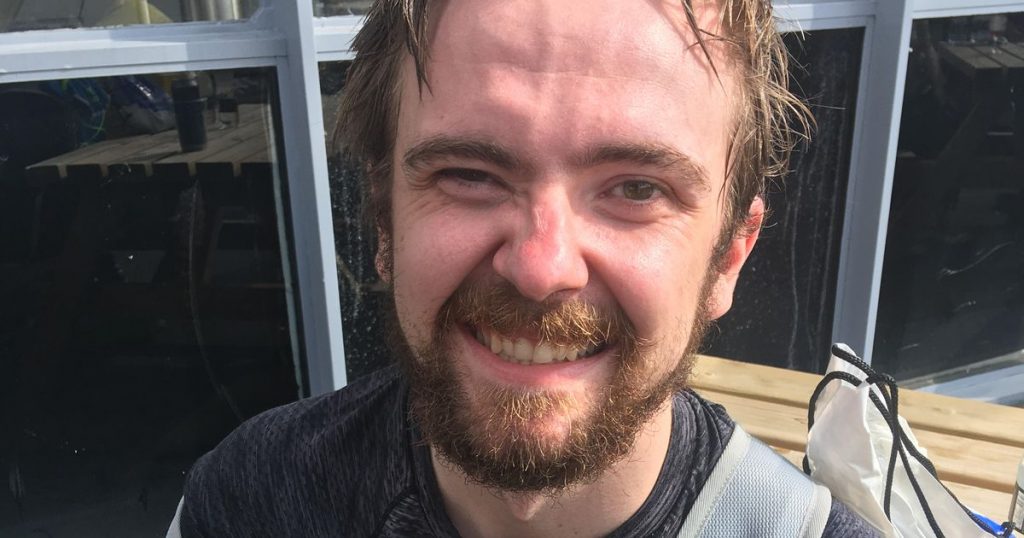 Two madcap people dressed in dinosaur outfits and one man on crutches ran and walked their hearts out for the annual Leeds Half Marathon and Leeds 10K.

Starting and finishing outside the ITV Studios on Kirkstall Road, the Asda Foundation Leeds 10K set off at 9am, followed by the half marathon at 9.45am.

Hundreds of runners took part in the glorious sunshine with many charities raising thousands of pounds along the way.

The 10K event was founded by Leeds charity hero Jane Tomlinson, who sadly died in 2007 soon after launching the first event.

Today’s event is run to continue her legacy of supporting children and people with cancer in the city.

For the latest Leeds events, head to our Best In Leeds homepage

The stand-out performance of the day had to go to David Smith, 45, a keen runner from Skipton, who showed some true Yorkshire grit by hobbling around the route with the aid of two crutches.

He has taken part in the event since 2007 when it started and despite spending 16 days in Airedale Hospital following a knee infection six weeks ago which at one point looked like he might lose a leg, he was determined to keep going.

Taking part in his green dinosaur outfit was electrician Jack Payne, 26, from Alwoodley along with his pals, Stuart Newton, 47, of Morley and Tom Huby, 28, from Whinmoor.

Stuart said: “We had a practice run along Coal Road, Whinmoor, on Thursday and got quite a lot of attention as we ran three miles.”

Jack said: “I’m not naturally fit but I’m naturally skinny. Stuart and I are sparkies. We started running together socially.

” For the 2019 AbbeyDash, a similar run I ran as a green blob Slimer from Ghostbusters.

“Today I had a hydration pack but halfway through it stopped working but I just cracked on.

“After the finishing line a lot of kids came up wanting to be photographed with me.

“It was awkward running as the costume inflated around my thighs so I had to hop about.”

And he wasn’t the only dinosaur taking part in the 10K event. Emily Macaulay, dressed in a tan-coloured inflatable T-Rex costume raised over £700 for the Jane Tomlinson appeal.

More conventionally dressed were Martin Franklin, 59, a security guard from Kirkstall and his partner Christine Noble, 59, who took part with 148 others in their group dedicated to raising money for motor neurone research after Leeds Rhinos legend Rob Burrow was diagnosed with the disease in 2019.

The disease is an uncommon condition that affects the brain and nerves. It causes weakness that gets worse over time.

To keep up to date with the latest Leeds news, sign up for email updates here