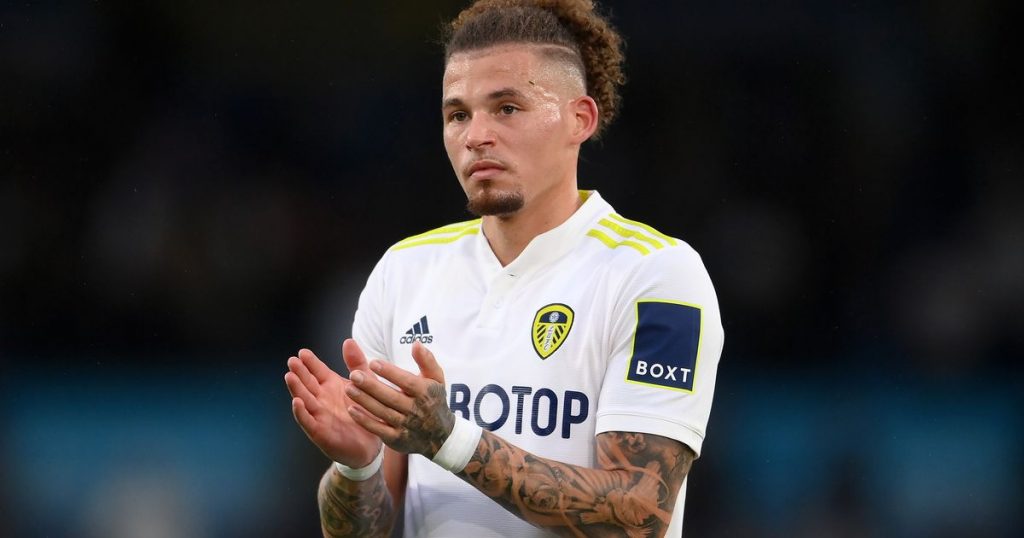 The future of Kalvin Phillips has once again been thrust into the spotlight after his impressive performance for Leeds United against Liverpool.

The Whites midfielder’s growing reputation within the Premier League has unsurprisingly drawn interest from within the top-flight.

Phillips has established himself as a first-choice selection for England and his rising stock has drawn interest from Manchester City, according to reports this week.

The 25-year-old’s current contract ties him down until 2024, after penning a five-year deal whilst Leeds were in the Championship.

Given Leeds’ proactive approach to renewals, it would not be a surprise to see fresh terms offered to the boyhood United fan in the coming months.

Here’s a round-up of everything that’s been said and reported about his future.

Manchester City are reportedly looking at Phillips as a long-term successor to Fernandinho.

Pep Guardiola has been impressed with the midfielder and having recently bought British with Jack Grealish, Phillips is seen as a first-choice option in the champions’ midfield.

That’s according to fichajes.net, who report that Phillips would be available for as little as £26million.

Without being inside Thorp Arch, that quoted fee seems a non-starter given Phillips’ importance to the side and contract status.

Phillips has no plans to leave

Off the back of a successful European Championships campaign, Phillips’ agent, Kevin Sharp, insisted his client has no intention of leaving his boyhood club any time soon.

Sharp told i: “Before Kalvin signed his last contract, we had good interest so we sat down and explored all the pros and cons.

“His desire was never to leave, it was to be rewarded and stay and play for the team he supported as a kid.

“Within the contract he signed in September 2019, we included provisions within it for if Leeds reached the Premier League, so it’s all set up for the top flight.

“We knew it was a bit of a gamble, but we knew Leeds would get there under [Marcelo] Bielsa and obviously they did.

“There may be clubs who are actually looking at Kalvin now because the more successful you are – playing for England in big tournaments – naturally breeds interest.

“But Kalvin is happy at Leeds and has no desire to move whatsoever. It’s more a case of ‘carry on what you’re doing for club and country’.”