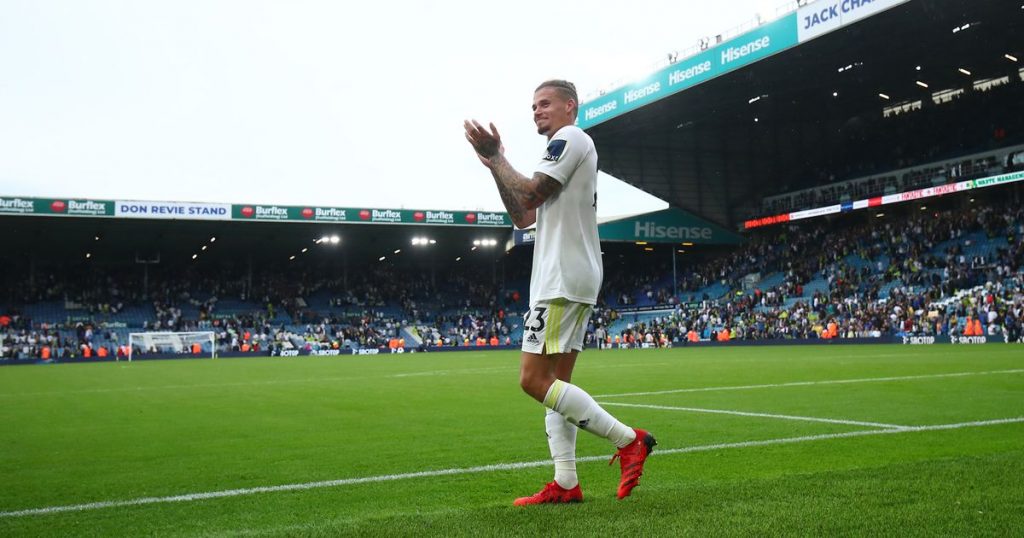 Kalvin Phillips lauded the Leeds United supporters and claimed their influence was like having “an extra man” as they drew 2-2 with Everton.

It was the first time there has been a full house at Elland Road in 532 days and they made their presence known, helping the Whites to their first point of the season.

Phillips returned to the starting XI after being amongst the substitutes at Old Trafford last week and admitted he has still got work to do to get up to full speed.

His performance was reminiscent of what he showed for England at Euro 2020 but it was all the about the return of the fans for the 25-year-old.

“It’s been amazing,” he smiled. “It shows how much they’ve missed us and we’ve missed them. It’s great to get them all back in.

“It’s a massive difference with a full crowd here, it’s like having an extra man. It’s great to have everyone here and long may it continue.”

Phillips claimed that he and his team mates were disappointed to not come away with all three points but was full of praise for Raphinha after he made sure they would be getting at least one.

He said: ““We know what kind of player he is, he loves to get on his left foot and to hit it first time into the far corner, it’s a great finish.

“I’m a little bit disappointed that we couldn’t go on and take the three points, but we work on next week now.”

It was clear that the England midfielder is expecting more of himself and the rest of the team as the season goes on but it was important for them to get off the mark against the Toffees.

When asked if the supporters had seen the best of Leeds United during the match, Phillips was defiant in his response.

“No, not yet,” he said. “Especially for me, I’m still trying to get my legs back and this is my first game since the Euros. I just feel like, for me personally, I could be a lot fitter and a lot stronger as well.

“The goals that were scored we probably could’ve done better on but it’s early on in the season and we’ll work on that and take it into the next game.”

Marcelo Bielsa’s side will be hoping to get their first win of the season next weekend as they visit Turf Moor to face Burnley on Sunday afternoon.