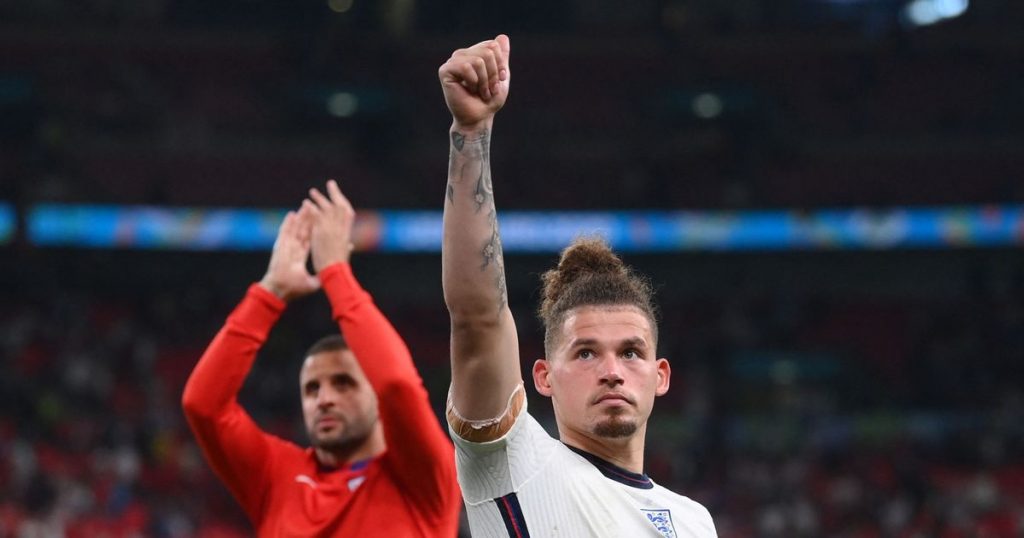 “Nothing but love for my brothers” says Leeds star Kalvin Phillips in a message condoning racist abuse against his teammates.

England footballers Marcus Rashford, Jordan Sancho and Bukayo Saka have all been racially abused on social media following the Euro 2020 finals where the trio missed penalties.

There has been nationwide outrage following the racial abuse, with other teammates slamming the messages.

Sir Gareth Southgate and the FA have since spoken out in support of the trio.

Phillips, 25, has now said he is “disgusted” at the messages online directed to his teammates.

He tweeted: “Absolutely disgusted at the unnecessary racist abuse I’ve seen online directed at my teammates. Nothing but love and respect for my brothers for their courage @BukayoSaka87 @Sanchooo10 @MarcusRashford, keep your heads up high.

Phillips has been praised by fans after he was spotted running to console Saka, 19, after he missed the penalty and was immediately surrounded by Italy team as they celebrated their win.

@_DAFCN summed it up, he said: “Saka missed the penalty and was immediately surrounded by Italian staff and players. While the entire team and coaching staff stayed at half way to feel sorry for themselves, Luke Shaw and Kalvin Phillips immediately ran to the spot to console Saka.”