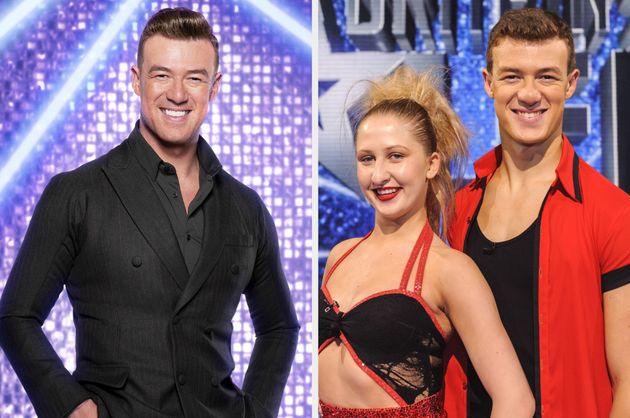 Kai Widdrington has been an impressive addition to the Strictly Come Dancing family since joining the line-up of professional dancers for the 19th series earlier this year – but did you know this isn’t his first time on Saturday night TV?

The 26-year-old was previously a contestant on Britain’s Got Talent, way back in 2012.

In their audition, the pair performed a routine to a rendition of Show Me How You Burlesque by Christina Aguilera from the 2010 film Burlesque.

Kai and Natalia were just 16 and 15-year-old at the time, but wowed the judges with their performance.

David called it “utterly mesmerising”, while Alesha – who’d previously served as a judge on Strictly after winning the show in 2007 – said it was “modern, current and fresh” and called them “amazing dancers”.

Simon added: “I’ve got a real feeling about you that you’re going to make something of your lives through real hard work and focus.”

The pair sailed through to the live semi-finals, where they were voted through to the final by the judges after landing in the top three contestants, knocking out none other than Paige Turley, who went on to win Love Island in 2020.

After reaching the final, they sadly finished in last place in the public vote, with the series eventually won by dog dancing act Ashleigh and Pudsey.

However, Kai’s brush with BGT didn’t end there, as two years later, he was back in front of the judges as part of ballroom dance group Kings & Queens, alongside future Strictly Come Dancing pros Katya and Neil Jones.

The dance troupe made it through to the live semi finals, but failed to land a spot in the final.

From there, Kai went on to join the Irish version of Strictly, Dancing With The Stars, in 2017, where he served as a professional dancer for four series and also met now ex-girlfriend Giulia Dotta.

Since making the jump to the UK show, Kai has been setting the Strictly floor alight with presenter AJ Odudu, where their sizzling routines have sparked rumours their chemistry extends beyond the ballroom.