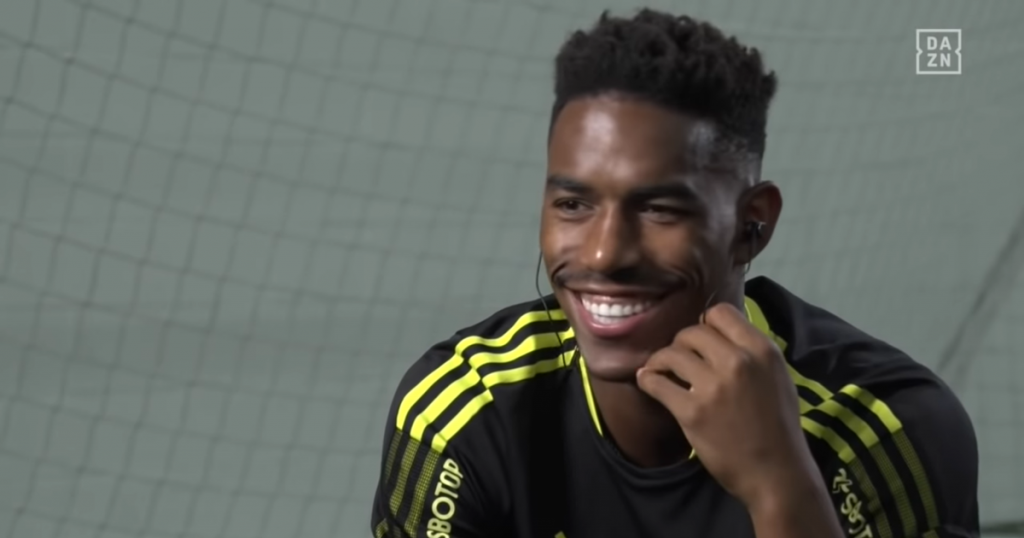 Leeds United had just got their pre-season schedule underway when a new face – one with European pedigree – walked through the gates at Thorp Arch.

In the ensuing five weeks, Junior has sat down with club media, speaking at length about the decision to switch Catalonia for West Yorkshire, after a tumultuous two years at Barcelona.

Junior left the Spanish giants in a £13.2 million deal this summer, in search of regular, first-team football – subsequently landing at Leeds United.

Speaking to DAZN Espana, the left-back has recounted his time at Camp Nou, as well as going into great detail about the decision to choose Leeds over his many other suitors.

“I haven’t done a specific evaluation [of my time at Barcelona] but it’s clear that they haven’t been good years,” Junior says.

“It’s been a time of ups and downs – more downs than ups to put it like that,” he jokes.

“But in the end I’ve been at Barcelona for two years and not a lot of players can have that opportunity. It was an opportunity that maybe came a bit too soon.”

Junior is candid and honest as he gives his most comprehensive interview since signing for the Whites.

“From my perspective, I have two kids and a structured family and I think that the English culture really suits that,” Firpo says looking to the future.

“The way I was presented the project the first day I came here with Victor [Orta] and his staff, made me love it, basically, because of him.

“I’ve been here two weeks and I’ve seen more videos of myself than I have in my two years at Barça! Individual videos! But it’s good, they explain to you the way you have to play, what they want you to do in every possible situation and in the end they really look in detail.”

Junior jokes further about doing an interview in Spanish for once, having spoken to Leeds United supporters in English via club media, upon arriving last month.

“I’m being very open as it’s been ages since I have done an interview in Spanish! They have me here saying everything in English! They’ve gone ‘this guy knows a bit of English, let’s talk to him!’

“Honestly I want to fall back in love with football. I’m not going to say I’ve had bad years recently because you always come home to your family but with regards to football I’ve definitely not had the drive to play and enjoy it. In football I always look to enjoy myself,” he adds.

After emerging at Real Betis, playing a starring role in Quique Setien’s fearless and ambitious side, Firpo earned an £18 million move to Barcelona at the age of 22.

However, with Spanish stalwart Jordi Alba ahead of him in the pecking order, Junior found it increasingly difficult to oust the 31-year-old – a task made all the more difficult by managerial changes at Camp Nou.

Junior is jovial in his latest interview, exuding a happy-go-lucky demeanour, with a genuine pleasure to be representing a Premier League club.

In revealing that he hopes to fall back in love with football at Leeds, he will immediately endear himself to supporters of the club – many of whom already rate the 24-year-old after an assist versus former club Betis in a pre-season friendly.

“I think I can achieve good things personally and collectively [at Leeds United], let’s see how we go.

“It would be incredible with the fans here – who by all accounts are similar to at Betis – to get into Europe,” he finished.

Junior missed Leeds’ last two friendlies of the pre-season calendar with a slight knock, but it is hoped he can feature in the opening day clash with Manchester United at Old Trafford.

Leeds will play in front of a full Premier League stadium for the first time since their promotion last year at 12:30pm on Saturday afternoon.