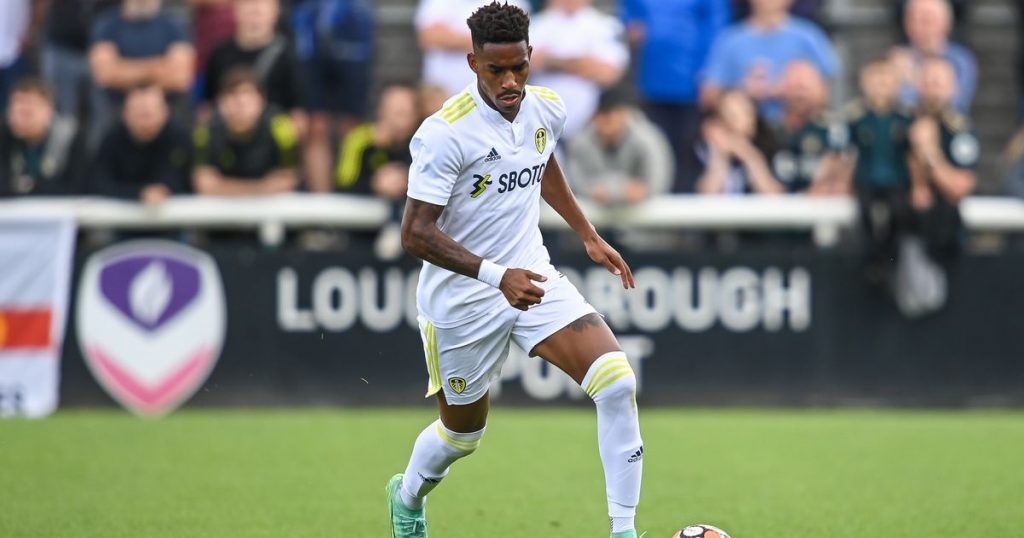 Junior Firpo has credited the influence of Leeds United’s director of football Victor Orta in his decision to join the club.

The 24-year-old joined from La Liga giants Barcelona in July, signing for a fee reported to be worth £12.8m

His decision was helped by Orta, who flew to Spain for talks with the former Real Betis man and managed to convince him a move to Elland Road was the best option.

“Victor comes to me and shows me the project of the team, of the club. I think the first time I spoke with him, I had a clear decision.”

The Spanish defender plugged an important gap with his arrival, as Leeds had allowed two left-backs to leave the club in Barry Douglas and Ezgjan Alioski. The club’s faith in Firpo has been further demonstrated by the decision to allow Leif Davis to leave on loan for Championship side Bournemouth.

Firpo has already featured in two pre-season friendlies for the Whites and has become acquainted with Marcelo Bielsa’s notoriously tough training sessions.

He said: “I’ve found it good. It’s a little bit hard, really physical, doing a lot of sessions of training, but good.

“All the teammates gave me a warm welcome.”

Orta was not the only influence in Firpo’s decision, as like many other players who have been lured to Leeds since 2018, the opportunity to work under Marcelo Bielsa proved to be a tempting factor.

Firpo said: “He wants players that press high, one v ones on the pitch, with long distance, I think this is my style of football.”

He is already no stranger to working with Argentine excellence, having been a teammate of Lionel Messi at Barcelona.

Firpo said: “He’s the best, he’s amazing. What he can do in the game, in training, was really amazing. For me, he’s the best in history.”

However, the quantity of talent at the Nou Camp hindered Firpo’s progress and he found himself limited to being a bit-part player. At Elland Road, however, he is unlikely to be an understudy.

He said: “I played with maybe too many players that were the best in their positions. It was great learning but of course, at the same time, there was a little bit of frustration because I wanted to play more.

The left-back could make his competitive debut for the club on 14 August, on the opening day of the 2021/22 Premier League campaign.

The Whites will travel to Old Trafford to face Manchester United, giving Firpo an introduction to life at Leeds which could not be described as gentle.

He said: “Against Manchester United, it’s going to be good because it’s a big club, a big stadium, a nice stadium but I want to play at home with the fans.

“It’s been two years without fans, it’s a long time. I’m really excited to play with them because all the people say to me they are amazing, so I want to see.