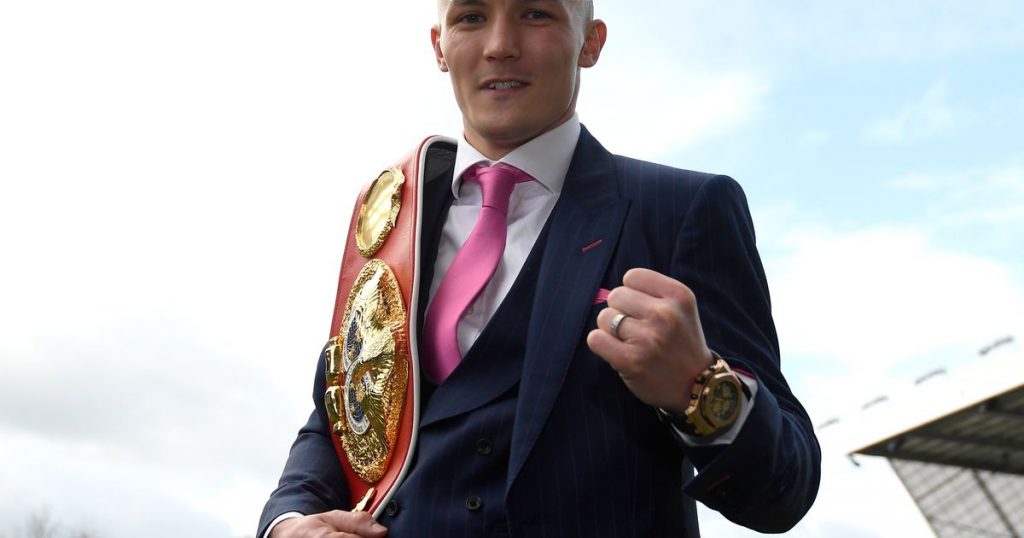 The 30-year-old is an avid Whites fan and has been speaking to the media ahead of his highly anticipated rematch with Mauricio Lara.

Warrington has revealed his excitement to see James play at Elland Road and has also heaped praise on Marcelo Bielsa’s work in transforming Patrick Bamford into the player his is today.

He told talkSPORT: “You know what, it’s exciting,” the 30-year-old fighter said.

“I think it could be a good partnership with him and Raphinha. I think he’s got that little twinkle in his eye doing interviews and what not.

“He wanted to sign for Leeds a few years ago and it didn’t happen.

“He’s had a season or two at Man United and he will have grown and learnt a bit, but I think he’s excited to be here and we’ll see another level from him.

Bamford was named on the bench for the Three Lions against Hungary in England’s 2022 World Cup qualifier.

Warrington has heaped praise on the Leeds forward and paid tribute to the work Bielsa has done since arriving at Elland Road.

“Prior to my world title fight in 2018, he [Patrick Bamford] was a bit lost and his games were inconsistent,” Warrington added.

“Bielsa came in and seemed to bring the best out of him. Since then, well we can’t imagine Leeds United without him in there.

“We all knew what he could but it was about bringing that to the England set-up – and boy did he bring it.

“He brought it and then some more and his game is going to go through the roof as his confidence and mentality – he’s done it at the highest level now.”