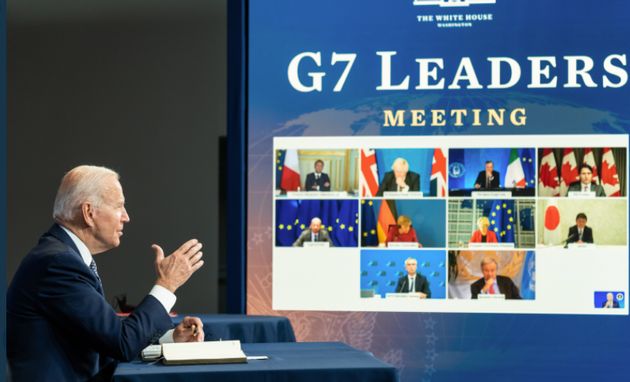 Boris Johnson has failed to persuade Joe Biden to extend the August 31 deadline by which US troops will leave Afghanistan.

Following a virtual meeting of the G7 group of world leaders, the prime minister conceded that the timetable for the evacuation from Kabul airport would not change.

“We’re confident we can get thousands more out, but the situation at the airport is not getting any better.”

However, Johnson said that the emergency summit that he hosted had agreed to call on the Taliban to keep open its borders with neighbouring countries beyond the end of the month, to allow refugees to leave safely.

“The number one condition that we’re insisting upon is safe passage beyond the 31st, beyond this initial phase, for those who want to leave Afghanistan,” he said.

But the Taliban, which swept to power last week ahead of the expected US pull-out, said on Tuesday that it would “not allow” any more of its nationals to be evacuated after August 31.

“All people should be removed prior to that date. After that we do not allow them, it will not be allowed in our country, we will take a different stance,” spokesman Zabihullah Mujahid said.

The radical religious group effectively tied Biden’s hands earlier on Monday when it suggested that foreign forces remaining past the deadline would cross a “red line” that will “provoke a reaction”.

Johnson claimed that “the immediate phase of the evacuation is actually being a very considerable success by the military”, pointing to 9,000 British nationals and Afghans who had helped the country airlifted to the UK since August 14.

In a joint statement, the G7 – which is made up of the US, UK, France, Germany, Italy, Canada and Japan – said its nations would “cooperate together, and with neighbouring and other countries in the region hosting refugees, on a coordinated approach to safe and legal routes for resettlement”.

The leaders claimed to affirm their commitment to Afghanistan, including “through a renewed humanitarian effort by the international community”.

The PM said: “I am totally realistic about the Taliban and I don’t think that anybody is going to pretend that this is anything other than a very difficult situation, but that doesn’t mean that we should ignore the leverage that we have.

“The G7 has huge leverage. And today, the G7 agreed a roadmap for future engagement with the Taliban.”

He said that “huge funds” would only be unfrozen if the Taliban prevented the country from becoming “a breeding ground for terror” or a “narco state”, and committed to rights such as the education of girls “upto the age of 18″.

Johnson made clear there would be no return of British troops or the “outsourcing” of Afghanistan’s government the West.

“The point that Joe Biden has been trying to make is it is very difficult for Western powers to try to impose that sort of order on a country if a country is unwilling to do it itself.”