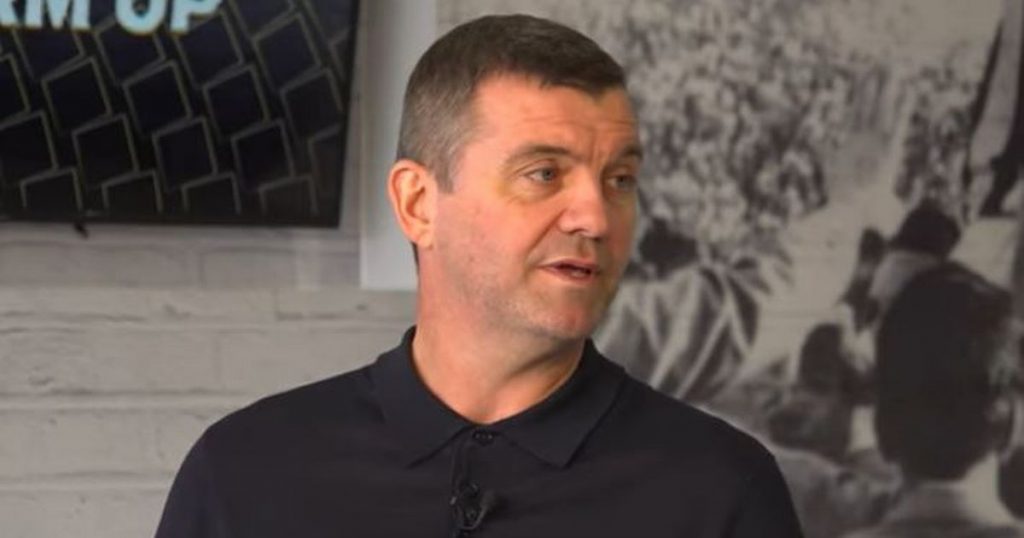 Dominic Matteo has stoked the fire within Leeds United supporters after talking up the rivalry between the Whites and Manchester United.

Marcelo Bielsa‘s side will be backed by a sold-out away allocation at Old Trafford, in the first match travelling supporters have been to for 18 months.

It couldn’t start any bigger either against their greatest rival, in what is bound to be an electric atmosphere at Old Trafford.

The frantic and pulsating noise from inside the stadium will no doubt translate onto the field but Leeds must ensure they make a better start than last year, where they found themselves 2-0 down inside three minutes.

It will be the return of a great rivalry and Matteo has spoken about the depth of that relationship, insisting Leeds fans ‘just don’t like’ United supporters.

“It’s such an important game for so many people,” Matteo told the Warm-Up on LUTV.

“For the fans, this is the big one. I believe that, Man United, that rivalry, we just don’t like them, do we?

“It’s as simple as that, it’s the truth. When you play up against them, as Lucas did and myself, you want to do well against them because, for a long time, they were the benchmark.

“Now, Leeds need to impose themselves as a team and as a club going forward and emulate what they did. They were the best for so many years but now they’re on a rebuild, with some of the players they have brought in.

“It’s important for the team to start well, it’s a brilliant game to be involved in but you want to start well against the best team and this will be a real test.”