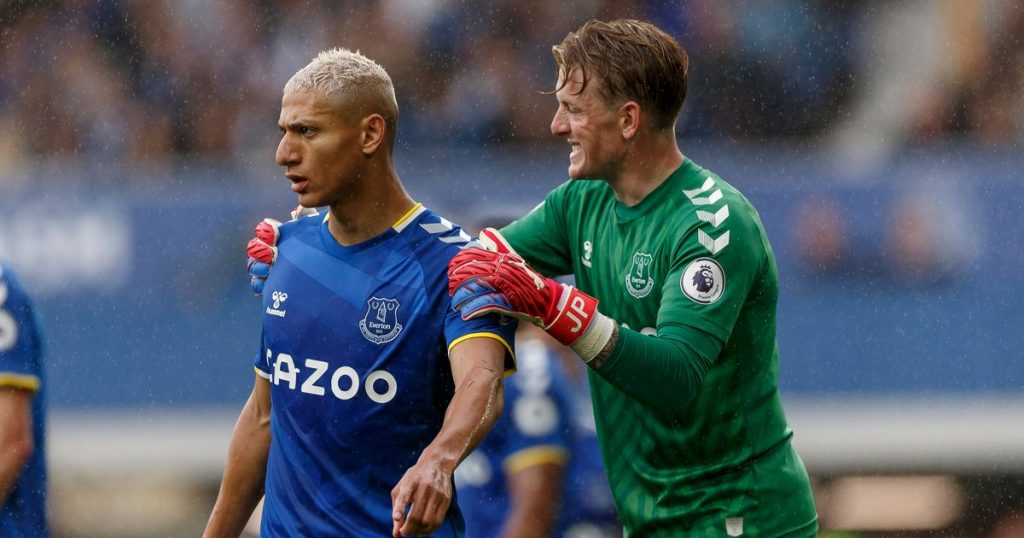 Everton managed to get through their opening day win against Southampton with no fresh injury concerns ahead of their trip to face Leeds United next weekend.

The Toffees got the new Premier League campaign off to the perfect start as they ran out 3-1 winners in their clash with Ralph Hassenhuttl’s Saints.

Following a disrupted first pre-season for Rafa Benitez on the blue side of Merseyside, the Spaniard will have been pleased to see his side get through the match without any injuries.

Summer tournaments and knocks for key players left the new manager with doubts going into the season. Richarlison returned to training less than a week before the Southampton game because of his involvement in Brazil’s Olympic gold medal-winning team, where he finished as the tournament’s top scorer.

He managed a goal and an assist in the 3-1 win before being substituted with just a minute left of the 90.

His inclusion was perhaps a surprise, given just how much football he has played this summer, with Benitez revealing the club’s plan for the in-form forward.

“We knew that after coming back from the Olympics and the Copa America, people said he could be tired, but his match fitness is good,” the Toffees boss said.

“We gave him one day off to be sure he was fine. We will bring the best from him in the next couple of weeks and, after that, give him time to recover fully for the rest of the season.”

Dominic Calvert-Lewin was also on the scoresheet at Goodison Park after it looked as though he might not be fit to feature on the opening day.

He missed the majority of pre season as he was part of the England squad at Euro 2020 before a toe injury saw him miss out on their final friendly against Manchester United.

Andre Gomes, who has struggled with injuries since moving to the North West, was absent from the squad after not being involved in training in the week leading up to the match. It is unclear how long he will be out but it is unlikely that he will be in the squad against Leeds.

The uncertainty around James Rodriguez’s future at Everton wasn’t the reason why he missed out on Saturday. It was confirmed before the match that the Colombian was one of five players at the club isolating due to Covid-19 protocols.

Benitez will be hoping that his side can come through the week unscathed before the trip to face Leeds at Elland Road next Saturday.