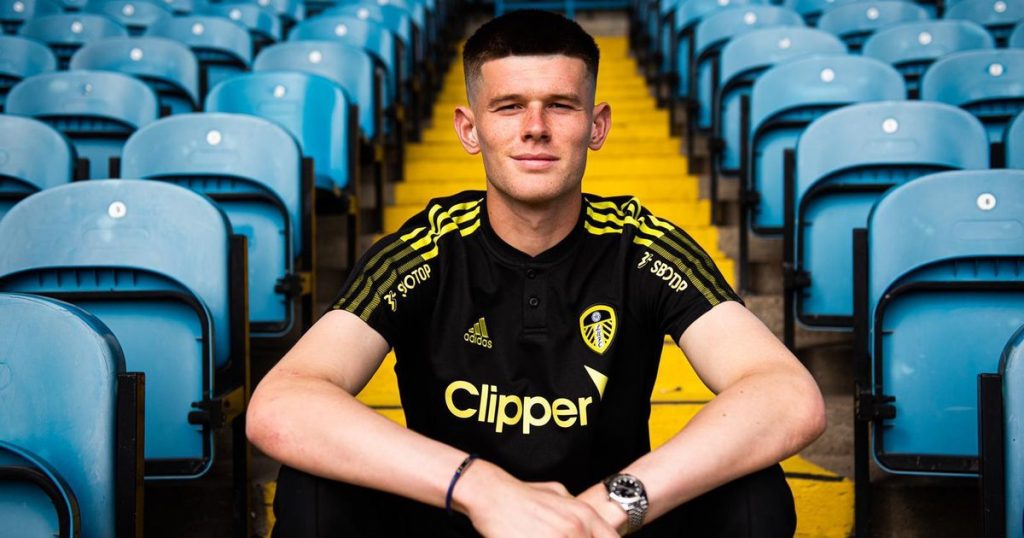 France U-21 and Leeds United goalkeeper Illan Meslier has spoken after putting pen-to-paper on a brand new five-year contract at Elland Road.

His latest agreement with the Whites keeps him at the club until 2026, thus protecting his value as one of European football’s most sought-after young stoppers.

Meslier has previously discussed interest from Chelsea prior to his Leeds United move, while Paris Saint-Germain have also been tempted by the prospect of signing the 21-year-old goalkeeper.

The likelihood of Meslier leaving Leeds United for anything less than a stratospheric fee is now minimal with the signing of his latest deal.

Speaking to Leeds’ official media during an Elland Road walk-around, Meslier had the following to say:

“I feel extremely proud, so it was just natural to sign with Leeds – no doubts.

“I have the chance to play in the Premier League at 21 years old, it’s not a given for everyone so I feel very happy to play every weekend I get [to play] a big team.”

Meslier kept 11 clean sheets in the 2020/21 Premier League campaign, the most in the competition’s history by a player aged 21-or-under.

“This season I have to confirm the challenge, the opportunity that the club give me so I will give the maximum of myself and keep working everyday with the goalkeeping coach Marcos [Abad].

“It’s an important season for me and the rest of the team too,” he added.

Meslier had offers to join Chelsea as a teenager, one year before eventually joining Leeds on an initial loan deal.

Along with his agents and advisors, the goalkeeper turned down the opportunity at Stamford Bridge, in favour of joining a club where he would have a realistic chance of first-team football.

Three years on, the recently-capped France U-21 international has earned a lucrative and lengthy extension to his Leeds deal, vindicating his decision.

“When I leave from my last club Lorient, at 19 years-old you are leaving another country alone and when I arrive I was very surprised because the club is unbelievable.

“The stadium is full all the time and you feel the atmosphere [from the] real fans. We play the football like everyone likes – it’s just crazy.

“We work extremely hard every day with the coach Marcelo to try to give the best from ourselves.”

Leeds are looking to build on last season’s ninth-place finish in the Premier League, with Meslier hoping the fans at Elland Road will play a key part in getting the team over the line.

“We are not surprised how we finished last season [in] ninth, and this season will be extremely difficult because the teams know us so we have to work more and to try [have] another great season.

“I can’t wait to play in the Premier League at Elland Road full, they [the fans] are crazy you know. They send me messages a lot, positive messages.

“I can’t answer every one but when I check the message, honestly all the time it’s very positive.”