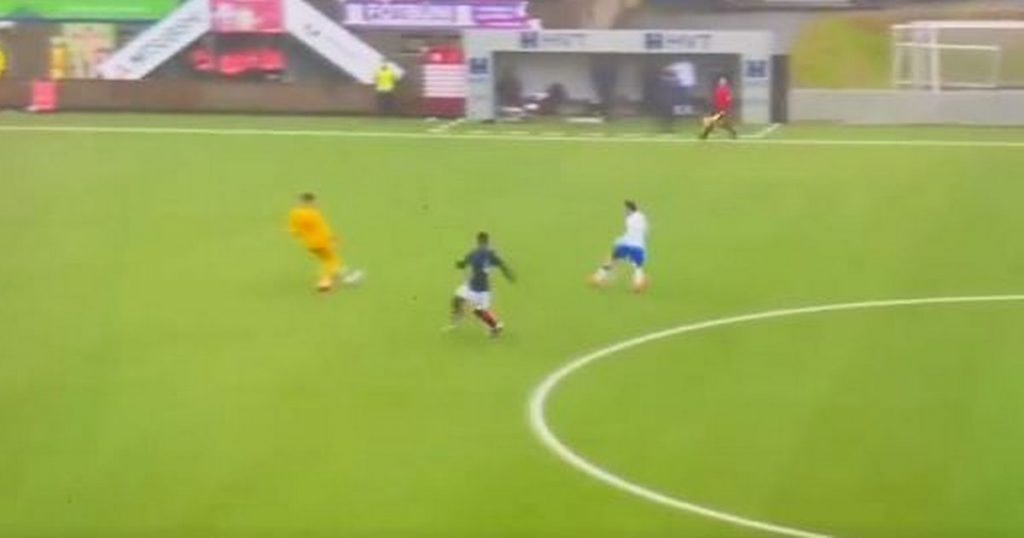 Illan Meslier endured a rare moment to forget for France’s Under-21s after a misplaced pass gifted an opener to the Faroe Islands.

The Whites number one has been recently installed as his countries first-choice at youth level, as he continues his remarkable rise to stardom.

Meslier has been schooled under Marcelo Bielsa and his distribution is, therefore, a highlight of his skillset; a necessity for any modern-day goalkeeper.

However, even the most accomplished with the ball at their feet can be caught red-faced and it was Meslier’s turn on Monday night.

With France dominating and 1-0 ahead, in a game where they’d already taken 17 unanswered shots, Meslier came to meet a hoofed clearance, only to pass the ball to an opposing striker, just outside the centre-circle in his own half.

It was a loss of concentration that Leeds fans have not been accustomed to in Meslier’s 18-month spell as number one goalkeeper but he was duly punished as the ball trickled into the goal following the loose pass.

Unfortunately, that led to France dropping two important points in their efforts to qualify for the Under-21 European Championships in 2023.

Wayward finishing was also a huge contributing factor, with Les Blues registering 30 shots on goal to their opponents’ two.

Meslier is viewed as the long-term heir to Hugo Lloris’ throne, with the Tottenham Hotspur goalkeeper now 35.