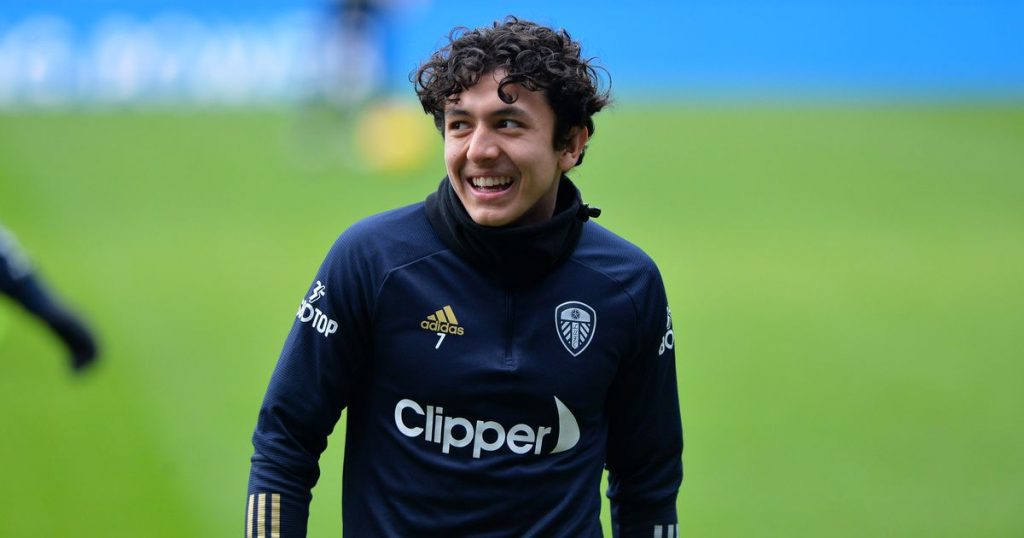 Leeds United winger Ian Poveda has shown flashes of brilliance without managing to force his way into Marcelo Bielsa’s starting XI since joining in January 2020.

Arriving with Manchester City with an impressive pedigree, the charismatic prodigy has been restricted to cameos from the bench at Elland Road and currently appears further away from the first-team than he was a year ago.

He was not selected in the squad for the defeat to Manchester United and was also absent as the Whites held Everton to a 2-2 draw, raising doubts over his prospects at the club. Reports suggest that a loan move to Blackburn Rovers is a possibility.

Whites boss Marcelo Bielsa has insisted Poveda faces competition for his place in the squad, despite having been at least named as a substitute for the bulk of his Elland Road stay.

“First of all, he has had a close passage through the first team and he also has the habit of competing with the 18 players who absorb the majority of the games in the Premier League,” he said.

“But there are also players who are also evolving and competing with him to be part of the group.”

Dutch winger Crysencio Summerville caught the eye during pre-season, prompting many supporters to call for a competitive senior debut to be handed to the tricky teenager.

He was named as a substitute ahead of Poveda for the opening two Premier League fixtures, making it evident the former Manchester City man has a battle on his hands for a place Bielsa’s squad.

The trajectory of the club over the last two years has made life as a young player at Elland Road tough, as expectations rise in tandem with the status of the club.

Niall Huggins recently completed a permanent move to Sunderland despite being handed a debut as recently as February, whilst defender Olly Casey has left for Blackpool despite being named in the squad for nine Premier League games last season.

Robbie Gotts, Bryce Hosannah and Jordan Stevens have also found themselves surplus to requirements, despite previously being deemed exciting prospects by the Whites.

The swift manner of the aforementioned five’s falls from Bielsa’s plans demonstrates how easy it is to slip down the pecking order at Elland Road, and how quickly hype can die down.

If Poveda is to avoid a similar fate, he must take note of what happened to his teammates and find form sooner rather than later – whether that is at Elland Road or during any potential loan spell away from the club.