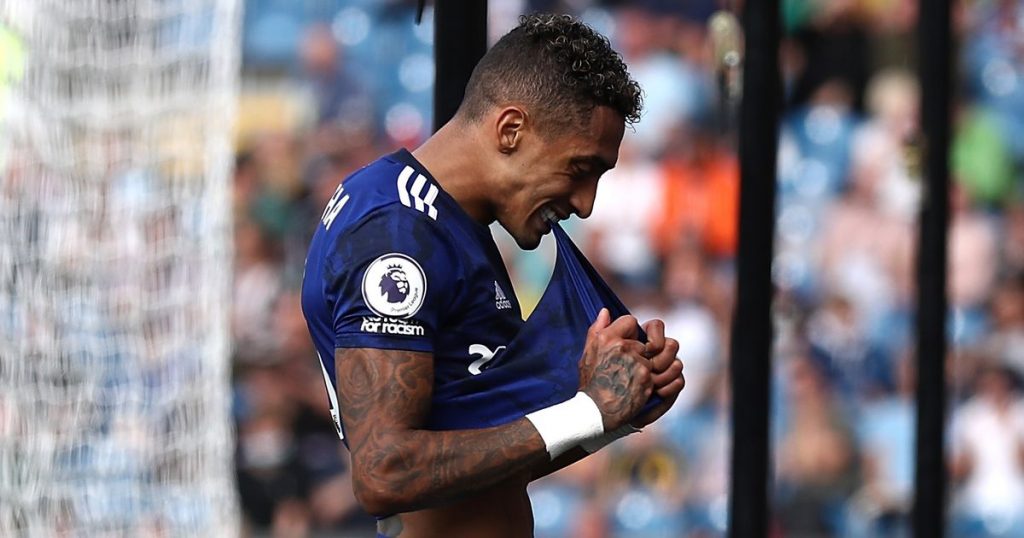 Coming into his second season at Leeds United, Raphinha chose to change his shirt number from 18 – the number given to him on arrival in the Premier League – to number 10.

Some among the fan base have speculated that this change in shirt numbers perhaps indicates a future positional change but the Brazilian’s recent interview with Players Tribune suggests there may will be a different reason.

Wearing the number 10 suggests something about a player. Famous number 10s are mercurial creators, goal scorers, star players for their teams. A player Raphinha referenced heavily in the article was Ronaldinho, who famously wore number 10 for Barcelona and Brazil.

Raphinha may be more of a winger than a traditional number 10, but he wants the responsibility that comes with wearing the iconic shirt number.

The interview gave a window into how he gets motivated in games.

“When I play now, I want to be booed,” he outlined. “I want the pressure and the intimidation. That’s what gets me going.”

Leeds’ star attacker described how growing up competing in ‘Várzea’ tournaments prepared him for any kind of crowd he might face in the future.

“It really is the Wild West, man,” he continued. “It’s like a network of independent matches and tournaments organised by the local community. The level is a lot lower than at the academies.

“Any player can just turn up, you don’t even need a contract. You play on clay. Burning heat. Dust and sand. Someone will bring a ball from home. Often there are no nets, just the posts. Bibs? Forget about it.

“One team just plays shirtless. And these players are the rejects, man. They play with anger. They play to survive. They play like their lives depend on it. ”

Leeds’ new number 10 has played with that fiery intensity throughout his time at the club. When things aren’t going his way, he is visibly angry but he doesn’t let his head drop. Instead, he finds something within himself to keep trying to make things happen.

This has been evident this season as Raphinha has played a key role in rescuing Leeds from two losing positions. In the second game of the season, Everton led 2-1 at Elland Road with over 70 minutes gone before one swish of his left foot brought Leeds back level. Raphinha then did his best to drive the team towards the three points, although his efforts were ultimately in vain as the team couldn’t find the winner.

At Turf Moor, Raphinha had struggled in the second half as Leeds found it difficult to get the ball to their talismanic winger. However, in the 86th minute, Raphinha finally had the ball in a position to attack Charlie Taylor in a one-versus-one situation. A sublime piece of skill left the ex-Leeds defender on the floor and got Raphinha into the penalty area to cause the havoc which eventually led to Patrick Bamford’s equaliser.

The Brazilian hasn’t made himself hated enough by opposition fans to be booed so far. However, if his interview is anything to go by and he is able to find another level of motivation against opponents who boo him, they’d probably be best served staying quiet. Raphinha was already one of the best wingers in the league last season without fans in the stadiums. If he can get better than this, it could be a really spectacular season for him.