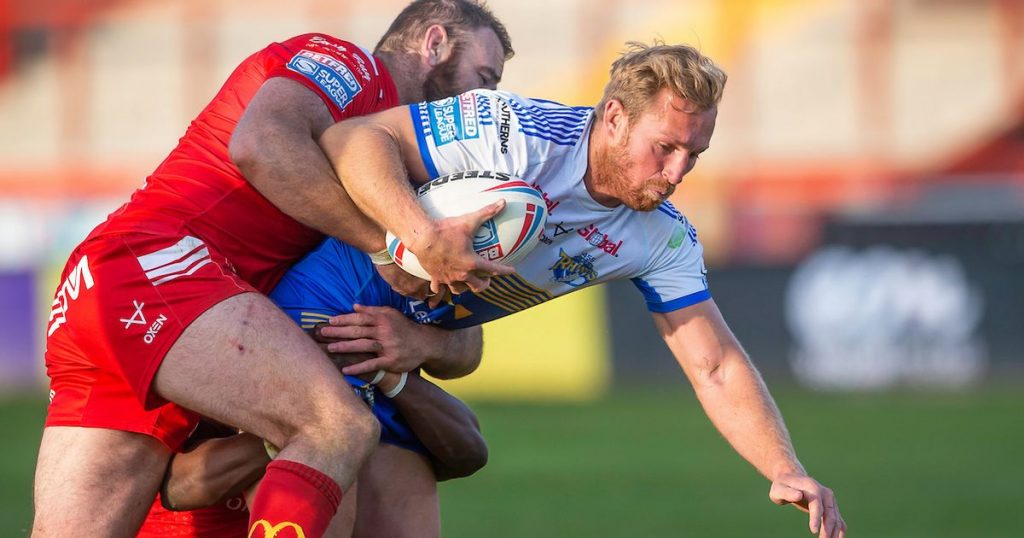 Matt Prior has handed Leeds Rhinos a huge boost after signing a new two-year contract with the club.

The Australian forward, a rock at the heart of the Rhinos pack since his arrival last year, has committed his long-term future to the club.

Prior has been a key component to the club’s recent recovery, being named player of the season in his maiden season with the club.

He almost called time on his Leeds career after one season, with Covid-19 leaving him questioning whether to return to the UK.

But after being convinced to stay, Prior has returned to his top form and remained that way the entire year.

Now, he has not only extended his say but has done so for two seasons, a major piece of news for head coach Richard Agar as he looks to build a new squad.

The 34-year-old said: “I am really pleased to have got it sorted as it has been going on for a little while now.

“I can focus on my footy now for the remainder of the season. The club offered me another year on top of the additional season I had an option for and I was glad to accept that as there are some exciting times ahead here at the Rhinos.

“It has been tough since we moved to England because of the Covid restrictions but there is light at the end of the tunnel now and I think the best is yet to come for me, my family and the Rhinos in my time at the club.

“I love the club. I have really enjoyed coming to training every day. The boys are a great bunch of blokes to be around and that is massive for me. The club as a whole is in a really good spot in terms of the make-up of our squad.

“We have got a lot of good young guys coming through but we’ve also got some good senior blokes too. It’s a good club to be part of and I think it is a good time to be here.”

Agar added: “Matt has been fantastic for us during his time at the club and I don’t think you can underestimate how important this new deal is for the club and him. I know he has become a fans favourite and it will be great to see the reception he gets tonight when our fans return for the game against Salford.”