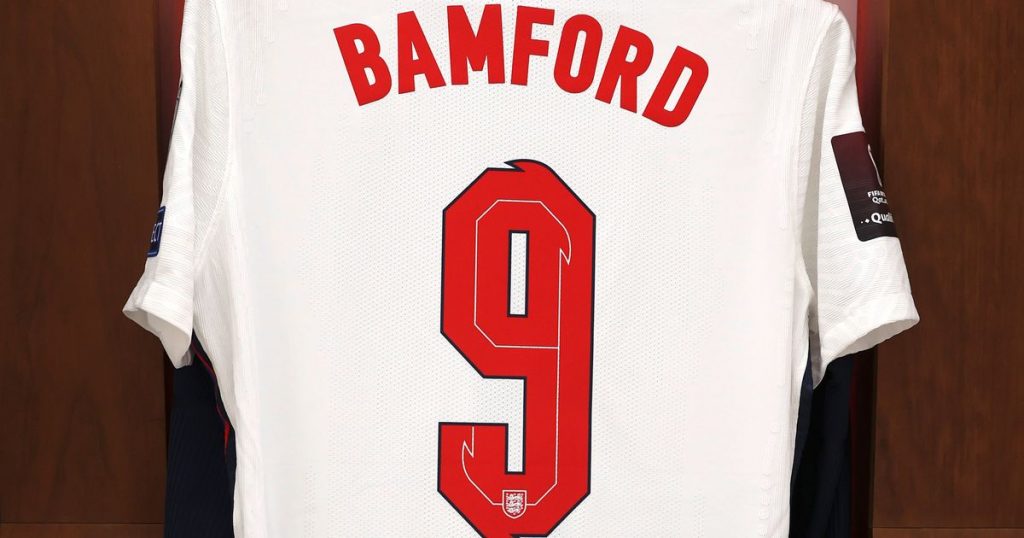 Gareth Southgate has awarded Patrick Bamford with his first cap for England this afternoon, starting him as the centre forward in England’s World Cup Qualifier against Andorra.

The cap comes on Bamford‘s 28th birthday and is something that Leeds United fans feel he richly deserves after a terrific season in 2020/21, where he put to bed questions over his ability at Premier League level, scoring 17 times. The only English forward to score more than the Leeds number nine was England Captain Harry Kane.

Leeds fans have been reacting to the news that Bamford will be starting, sharing their delight on Twitter.

@stefj1973 said it must be ‘the best birthday present ever’.

Over the course of the 2020/21 season, Bamford became prominent in speaking in post-match interviews and established himself as a character that people genuinely liked as a person as well as for his ability on the pitch. Another fan @tibbsycod wrote: “buzzing for him. Top bloke.”

There is a real pride amongst fans that the England team once again features Leeds players after so many years of seeing the club’s best young talent having to move on from Elland Road in order to gain international recognition. @PatsPress9 shared the line up graphic and simply wrote: “Our Pat.”

@FootyAnalyKris did the same, saying: “I feel like a proud Dad!”

Leeds content creator @LUFCDATA said: “England’s Patrick Bamford. Beautiful, isn’t it? An international debut for Leeds’ number 9 and on his birthday. Nothing less than he deserves. He becomes the 33rd Leeds player to represent England.”

Elsewhere, countless fans shared a clip of Victor Orta singing ‘Do Do Do Do, Patrick Bamford!’ The clip was taken from the recently released bonus footage from Leeds’ promotion night from the Take Us Home documentary.