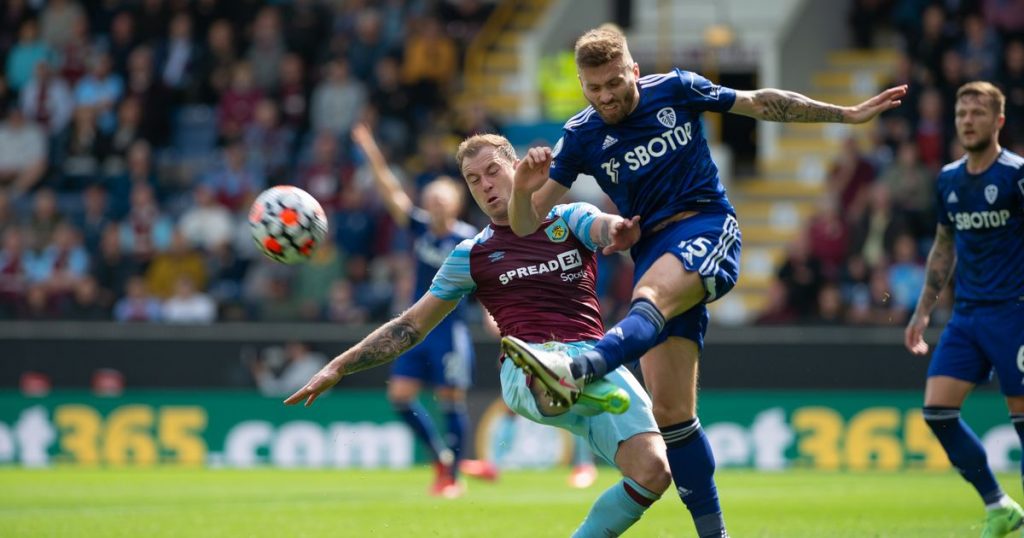 Leeds United’s 1-1 draw with Burnley on Sunday afternoon was certainly not a match for the faint hearted.

Both teams played their part in a full-blooded contest at Turf Moor but the hosts were considered by many as lucky to finish the game with 10 men.

Seven yellow cards were handed out during the course of the match and one of the recipients could have counted himself slightly fortunate.

Ashley Barnes, who is so regularly in the thick of the controversy for the Clarets, launched into a nasty tackle on Stuart Dallas during the first half. Referee Michael Oliver brandished a yellow card but there was very little discussion as to whether it should be overruled into a red card.

Talking on Sky Sports News’ ‘Ref Watch’ segment, former Premier League referee Dermot Gallagher claimed that he would not have been shocked to see the Burnley forward sent off for the challenge.

“I think he’s lucky,” he said. “I think if you get a red card for a challenge like that, you couldn’t complain.

“If he got a red card for that, I couldn’t stand here and defend it.”

Not only was his tackle on Dallas a dangerous one, Barnes then went on to make a couple more fouls that possibly should have seen him receive another yellow card.

His stamp on Kalvin Phillips’ foot in the second half was one that Leeds supporters were quick to highlight and, on another day, would have seen him sent for an early bath.

It isn’t the first time Barnes and his team mates have received comments about their overzealous approach to Premier League football with Liverpool boss Jurgen Klopp also critical in the past.

Patrick Bamford was also on the wrong end of some rough treatment in Lancashire as he humorously claimed James Tarkowski tried “some weird jiu jitsu thing” on him as the pair collided in the first half.

The Leeds striker also highlighted what everyone has come to expect of Sean Dyche’s side.

“I don’t want to be disrespectful but you know what you’re going to get against Burnley,” said Bamford. “They do make it difficult and it’s a bit of a fight.”

Although, the Whites also played their part with some tough tackles as Phillips, Rodrigo and Pascal Struijk all had their names taken by the referee.