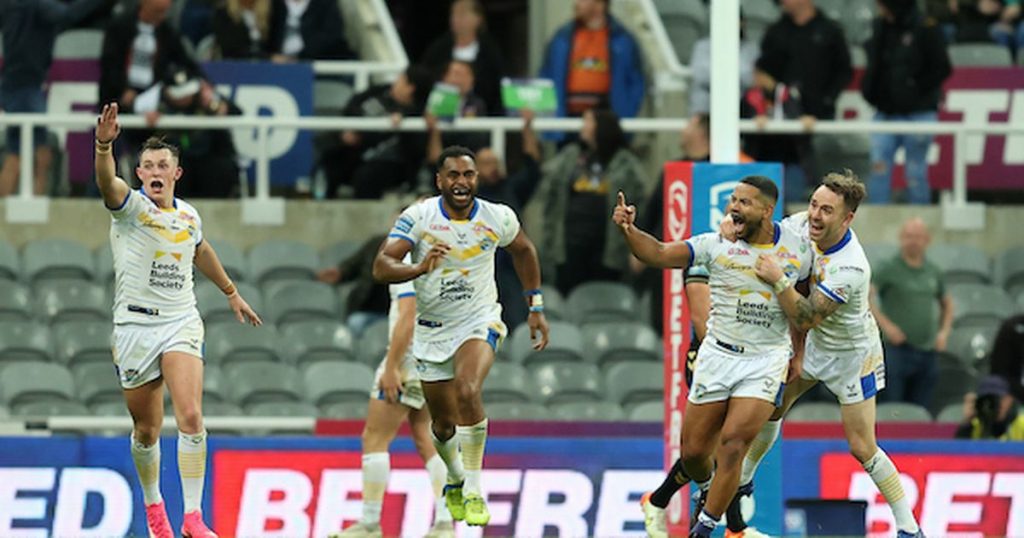 Richard Agar was full of sheer pride for his Leeds Rhinos side after their incredible golden point win over Hull FC.

Kruise Leeming’s last-gasp drop-goal, deep in the second half of extra time, secured the Rhinos an epic, and crucially important, victory over their play-off rivals.

That win gives them a superb chance of making the top six, with the importance of the result evident in the Rhinos’ hearty, resolute performance.

In a game full of incidents, there were several instances of players going the extra mile to ensure Leeds got the job done.

“I thought we deserved a win,” Agar said.

“I felt pretty much every point for them came off kicks, which they are exceptionally good at. But I thought we kept bouncing back off the ropes and the final 17 minutes and the subsequent golden point was exceptional.

“We had middles who ran with massive amounts of fatigue. We were shutting everything down, dragging them back to limit yardage and finding the energy to play in those periods.”

Agar admitted to having some apprehension about golden point, with Luke Gale and Rob Lui absent leaving them without a recognised drop goal specialist.

“Getting the drop goal was potentially always a challenge for us given the makeup of our lineup. I didn’t think Sneyd would have taken many chances. I just applaud what a brilliant effort that was from us.

“When he’s in your half he’s generally good for a drop goal, I felt there were only so many times we could go through that cycle.

“But I couldn’t be a prouder coach.”

Leeds wrapped up a superb day of action, with Agar as pleased for the sport as a whole as he was his own team.

“What a truly entertaining, great day for the sport. It’s a little bit different from where I’m sat. This sounds stupid but when the last moments were going on in the game; Tom Briscoe makes that break, Newman makes that break, in my mind what flashed up was Dave Hodgson’s try, the exciting finishes we’ve had at Magic over time.

“I just thought it was a really good, exciting, theatrical piece of sport.”

Rob Lui was ‘OK’ on the sidelines after failing his HIA.