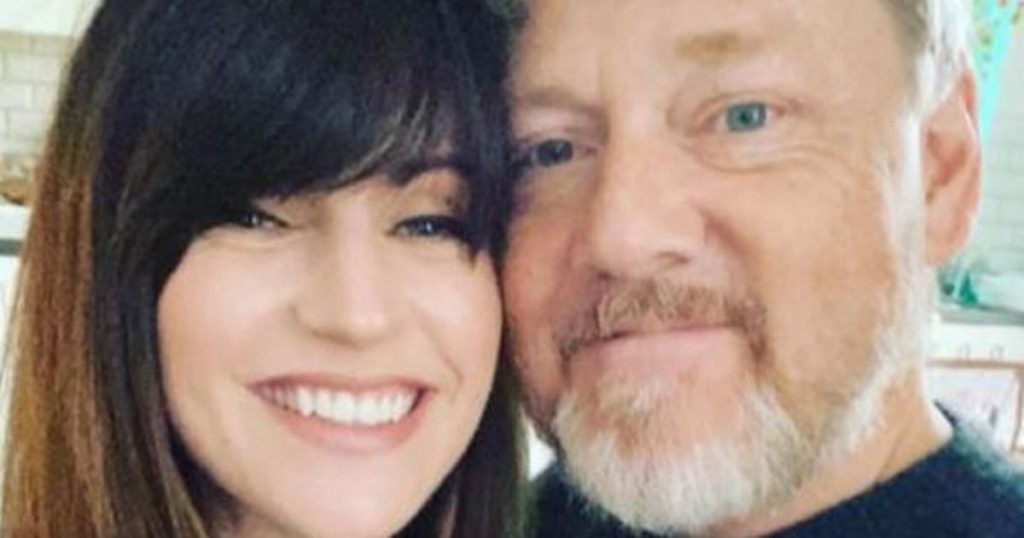 They met for the first time on the set of Emmerdale in the same year he divorced his wife of 17 years.

And it was clearly a match made in heaven as fast forward seven years and Laura Norton and Mark Jordan are now engaged and parents to a son Jesse.

Laura, who plays the feisty Kerry Wyatt on the ITV soap, met Mark in 2014 when he began starring in the role of Daz Spencer.

Daz is the brother of established character Dan Spencer who happened to be in a relationship Kerry so the two got to share quite a bit of screen time together during his two stints on the show.

And it is thought that the couple became an item in 2015 with Mark tweeting on July 14, 2017, on their two-year anniversary: “Without doubt the luckiest man alive. Laura, the most beautiful woman inside and out. I’m screaming to the heavens THANK YOU!”

Mark, who is also known to viewers as PC Phil Bellamy in Heartbeat, had been in a 17-year marriage with acclaimed actress Siobhan Finneran.

He has two children with the Benidorm and Happy Valley star who announced their divorce in 2014.

Laura and Mark are now happily engaged and earlier this year, their family became a trio, with Laura giving birth to son Jesse on January 29, 2021.